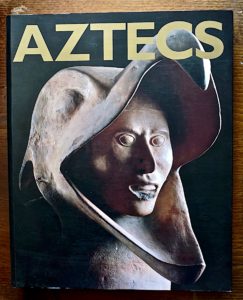 Exploring the central elements of Aztec culture, including the cosmos, religion, kingship, warfare, sacrifice and the natural world, in essays by leading Mexican, European and American scholars, and containing specially commissioned illustrations of hundreds of previously unphotographed works, this magnificent catalogue will serve as the greatest ever publication on this extraordinary empire. Undoubtedly the publishing event of the year, this book will complement the most breathtaking exhibition of 2002-2003: the first exhibition in Britain to be specifically dedicated to the Aztecs. This remarkable people and their artistic legacy will not be considered in isolation: the exhibition will also examine pre-Aztec civilisations and the cultural impact of the Spanish invasion in 1521. Among the many objects on show will be monumental stone and wood sculptures, polychrome ceramics, gold jewellery, turquoise and featherwork objects. The exhibition will also feature several of the most important illustrated Pre-Columbian codices and early colonial pictorial manuscripts. These extraordinary books contain a visual account of Aztec life and provide an alternative history to contemporary Spanish accounts of the Conquest and subsequent colonisation.