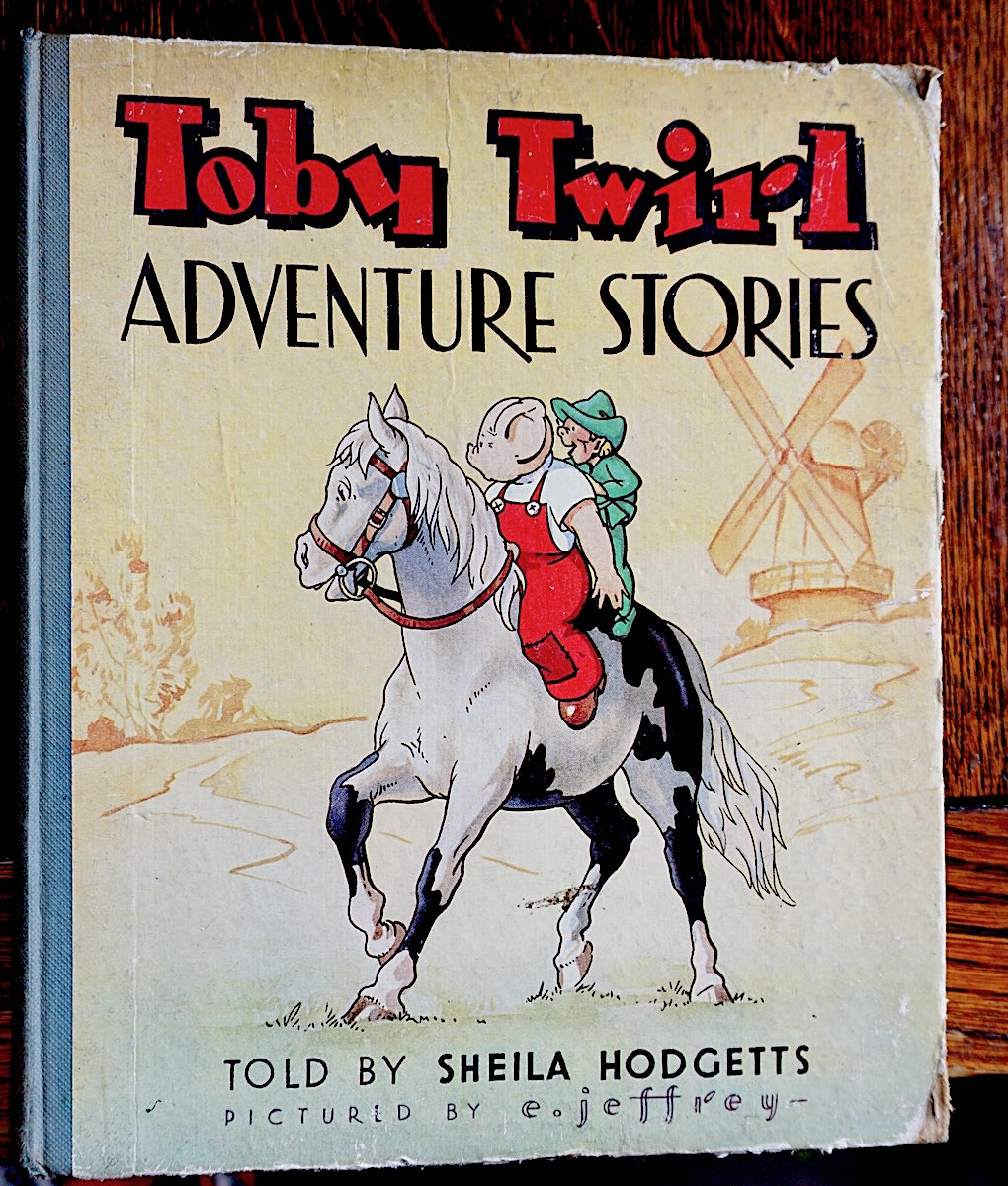 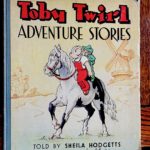 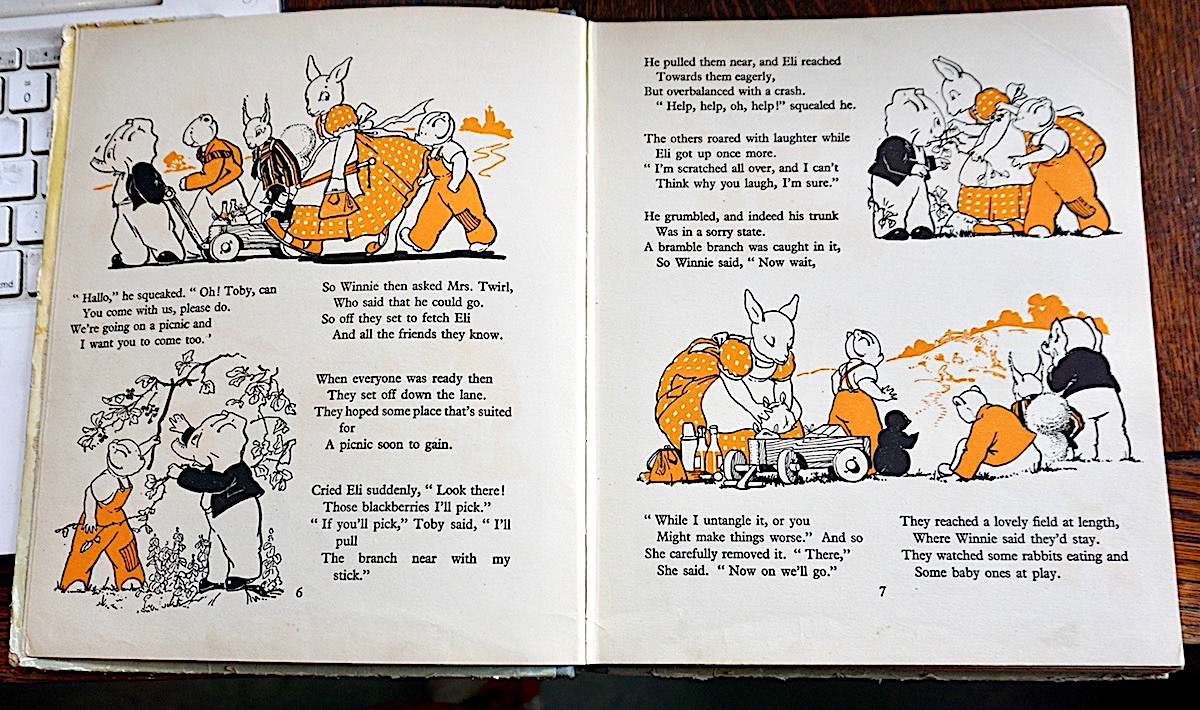 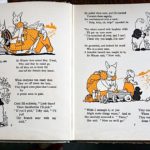 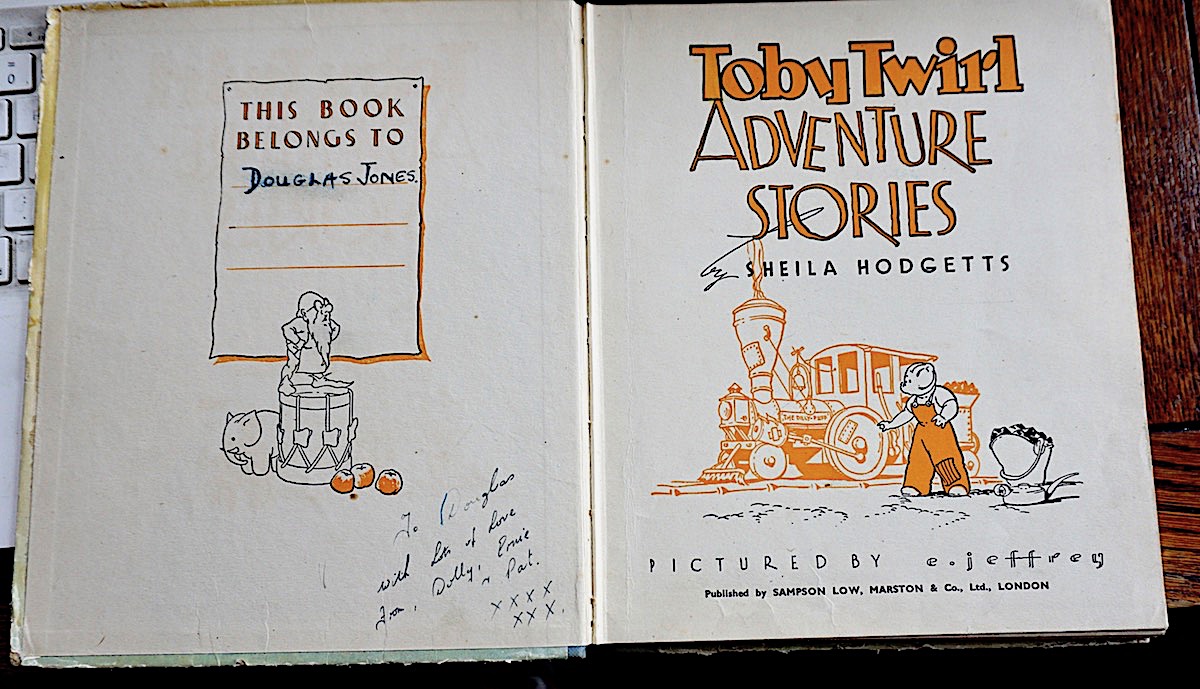 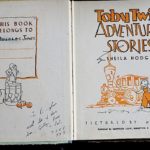 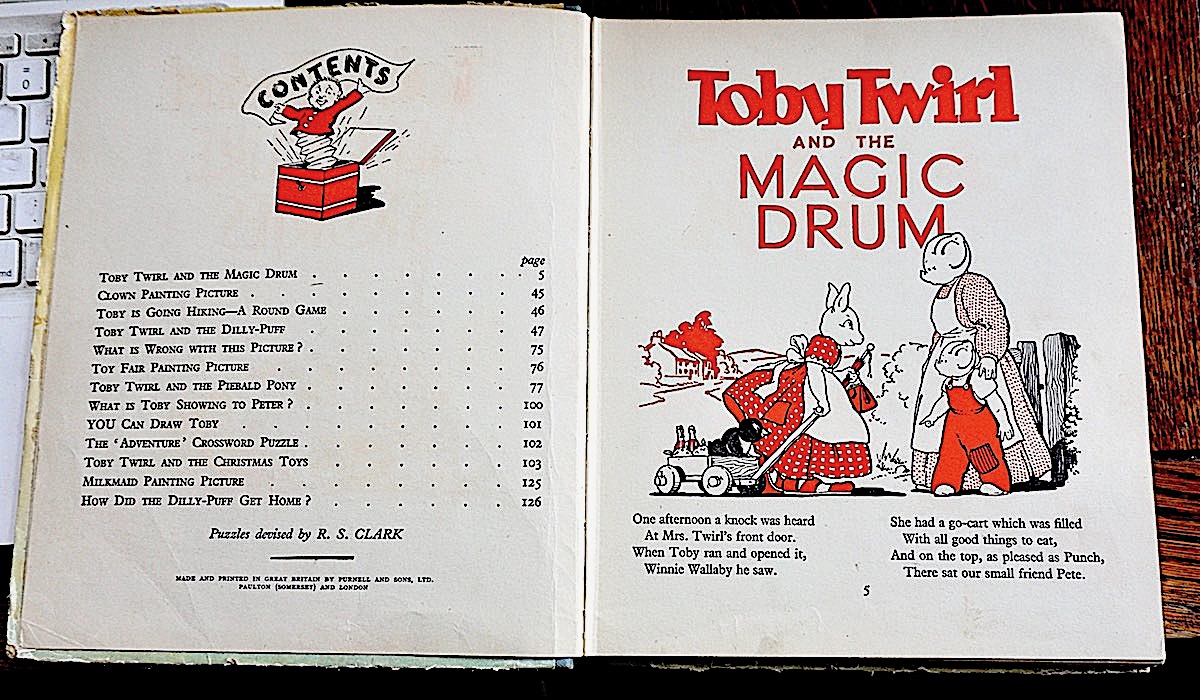 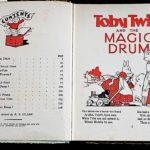 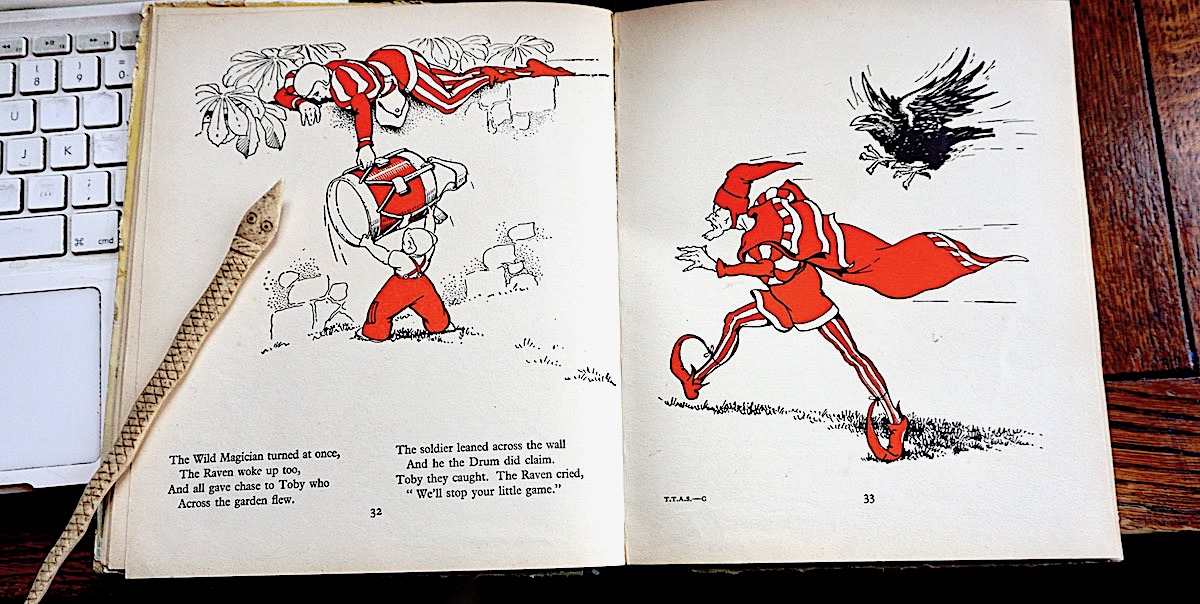 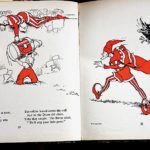 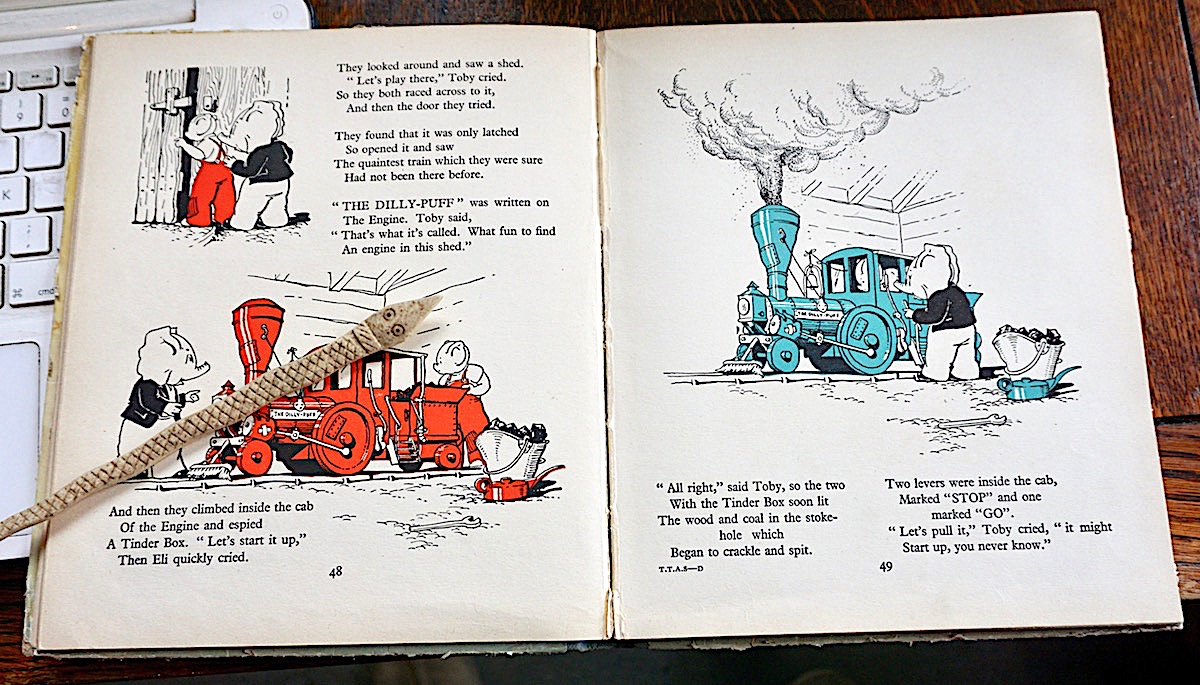 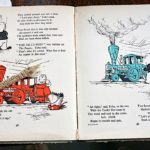 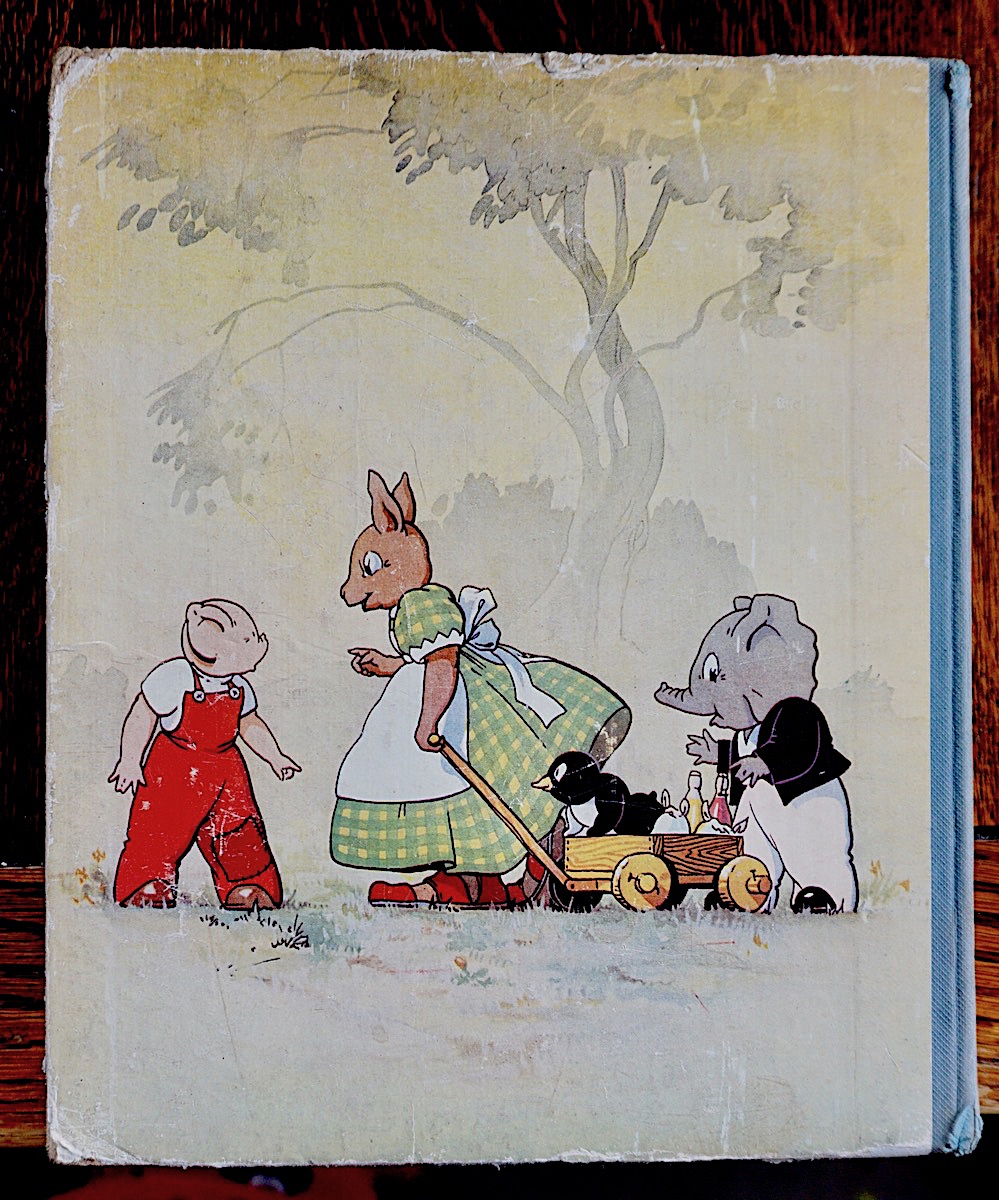 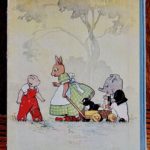 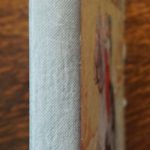 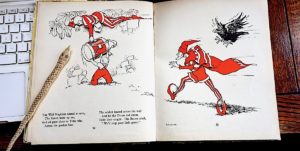 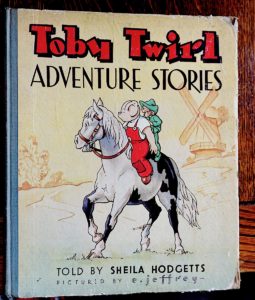 Toby Twirl is a cartoon character created by children’s author Sheila Hodgetts for her publisher, Sampson Low, Marston & Co. Ltd. during the 1940s and 1950s. All of the stories are illustrated by Edward Jeffrey. The first book, Toby in Pogland, was produced in large format and published in 1946. Four other large format books followed. The standard sized annual format, also published in 1946, began a series that continued until 1958, totalling 14 in all. There were also other formats including small strip books, pop-up books and jigsaws. A series of 8 Toby Twirl Tales, each with two stories, were published between 1950 and 1954.[1]

Toby Twirl is a young pig who walks upright. He has human hands and feet like Rupert Bear. The character is based upon a soft toy which was made by the wife of Edward Jeffrey.[2] Toby’s friends are Eli (an elephant) and Pete (a penguin), both of whom generally accompany him on his adventures. Most of the stories are written in rhyming couplets. Several of the stories take place in Dillyland, a country of small humans that Toby and friends manage to reach using a miniature railway line with an engine called The Dillypuff crewed by Clem and Joe. There is also a boat called The Dillypaddle. As you’d expect from such stories Toby and friends often accidentally get into trouble or happen upon some villains during their adventures, somehow managing to overcome their difficulties and save the day.