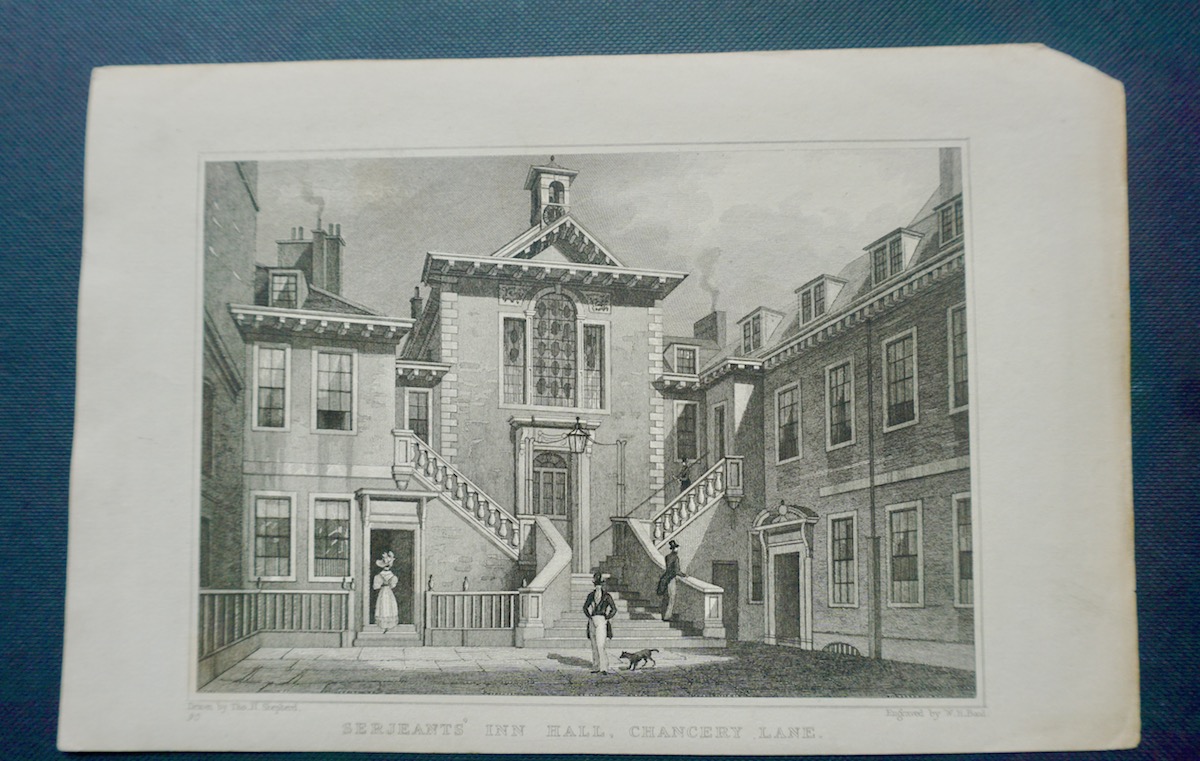 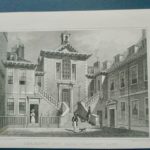 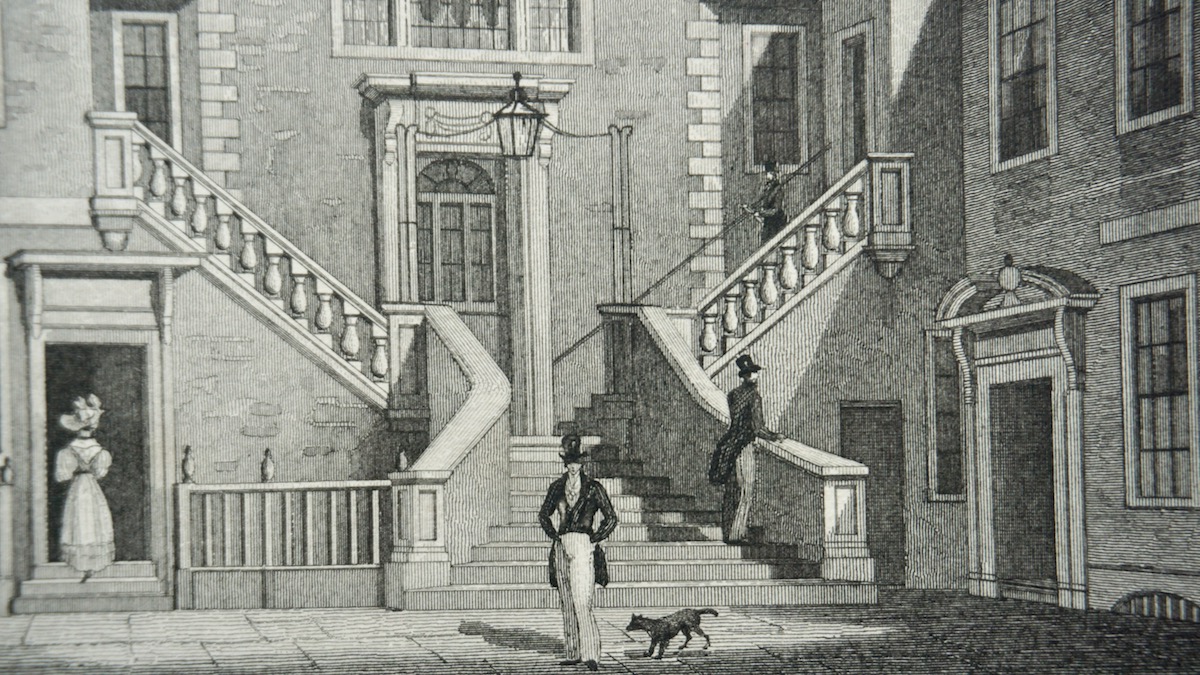 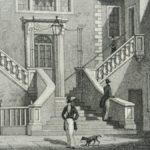 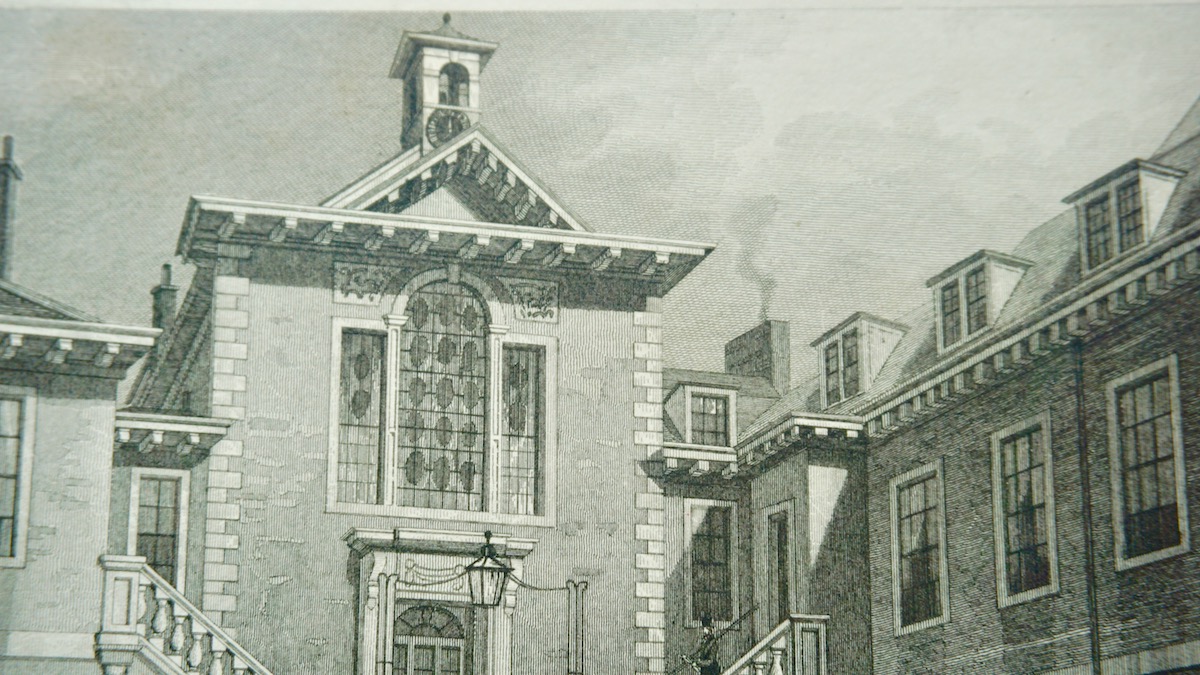 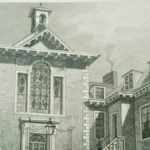 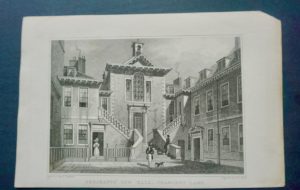 Serjeant’s Inn (formerly Serjeants’ Inn) was one of the two inns of the Serjeants-at-Law in London. The Fleet Street inn dated from 1443 and the Chancery Lane inn dated from 1416. Both buildings were destroyed in the 1941 bombing raids during World War II.

By 1500 there were two Serjeants’ Inns. They accommodated two societies of Serjeants-at-law. In 1730, the Fleet Street lease was not renewed and the two societies merged. The last Serjeants’ Inn, the one in Chancery Lane, was sold in 1877, and the assets were distributed amongst the surviving members, although the society was not formally dissolved. The last member, Lord Lindley, died in 1921. Serjeant Sullivan, who died in 1959, was appointed to an Irish office with the title decades after the distribution of assets, when the English society had effectively dissolved.