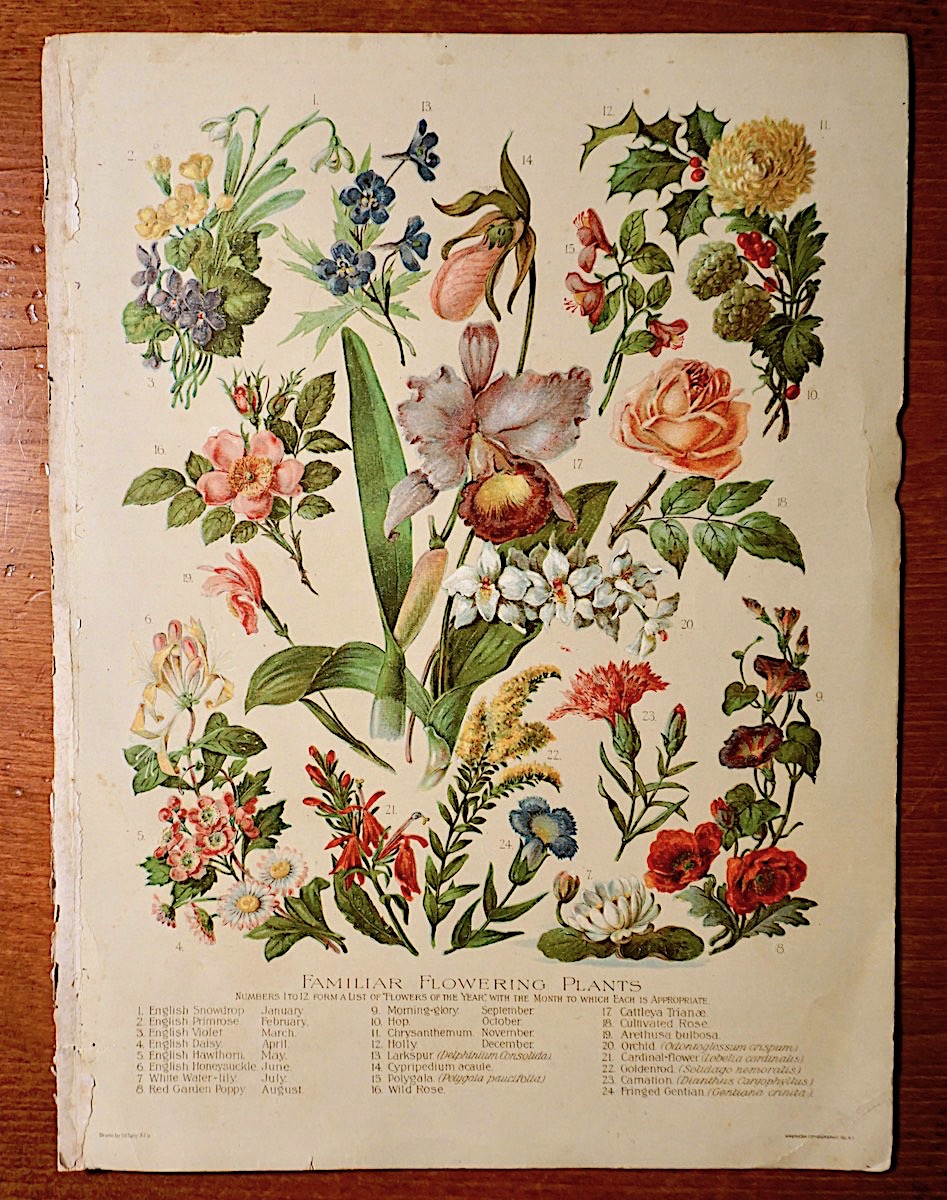 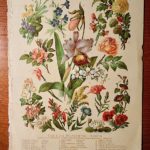 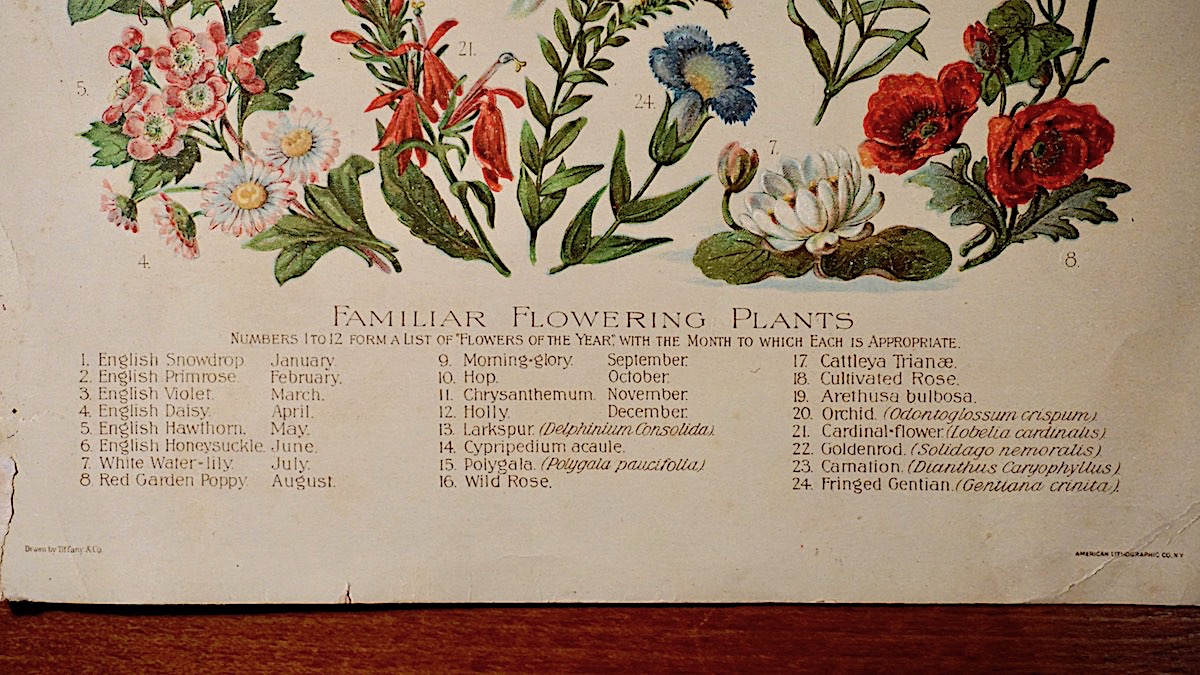 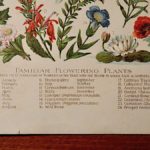 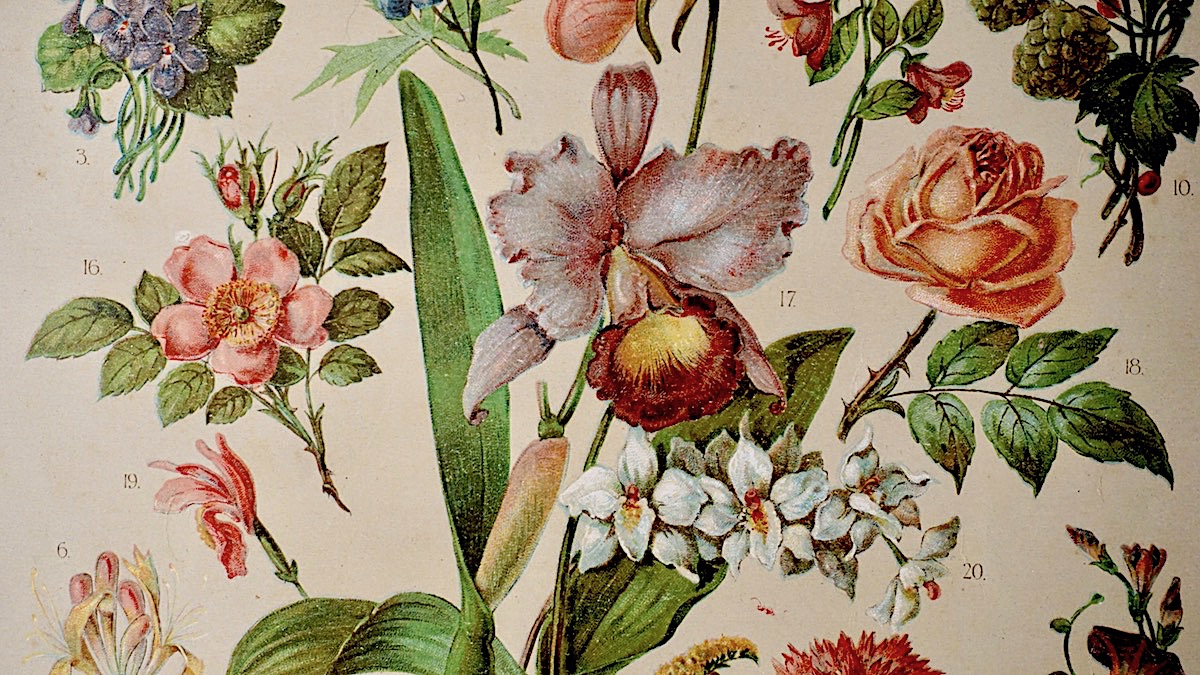 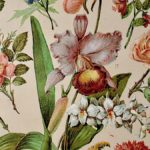 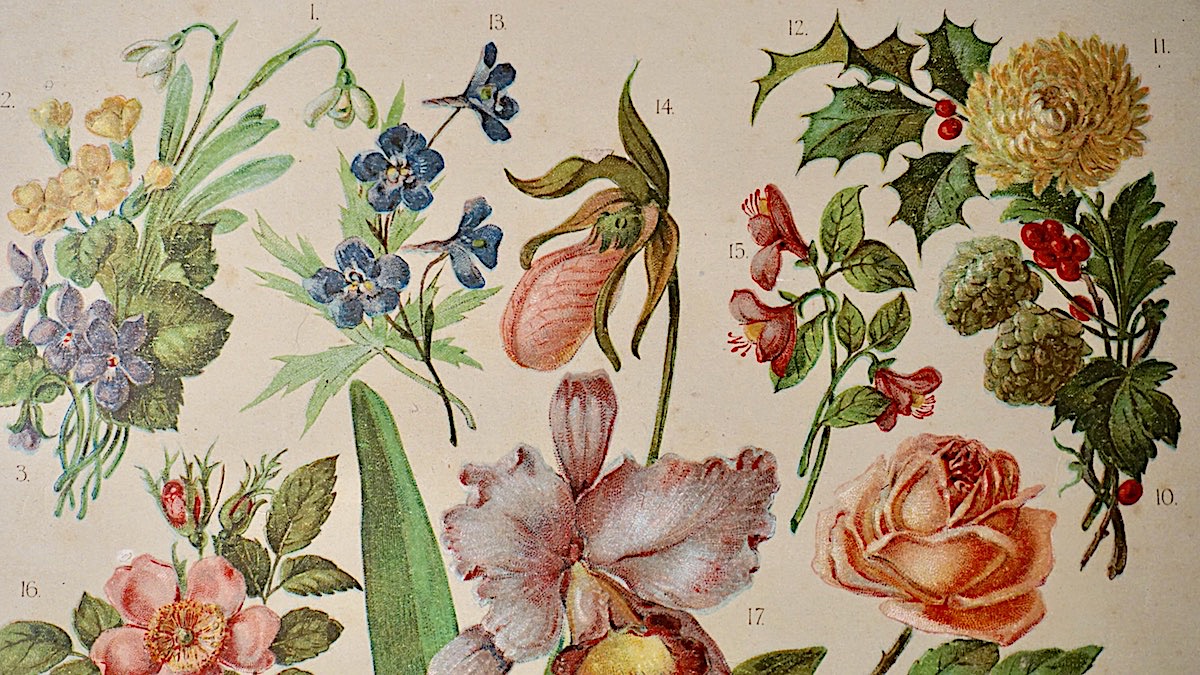 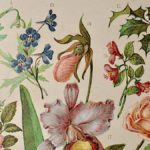 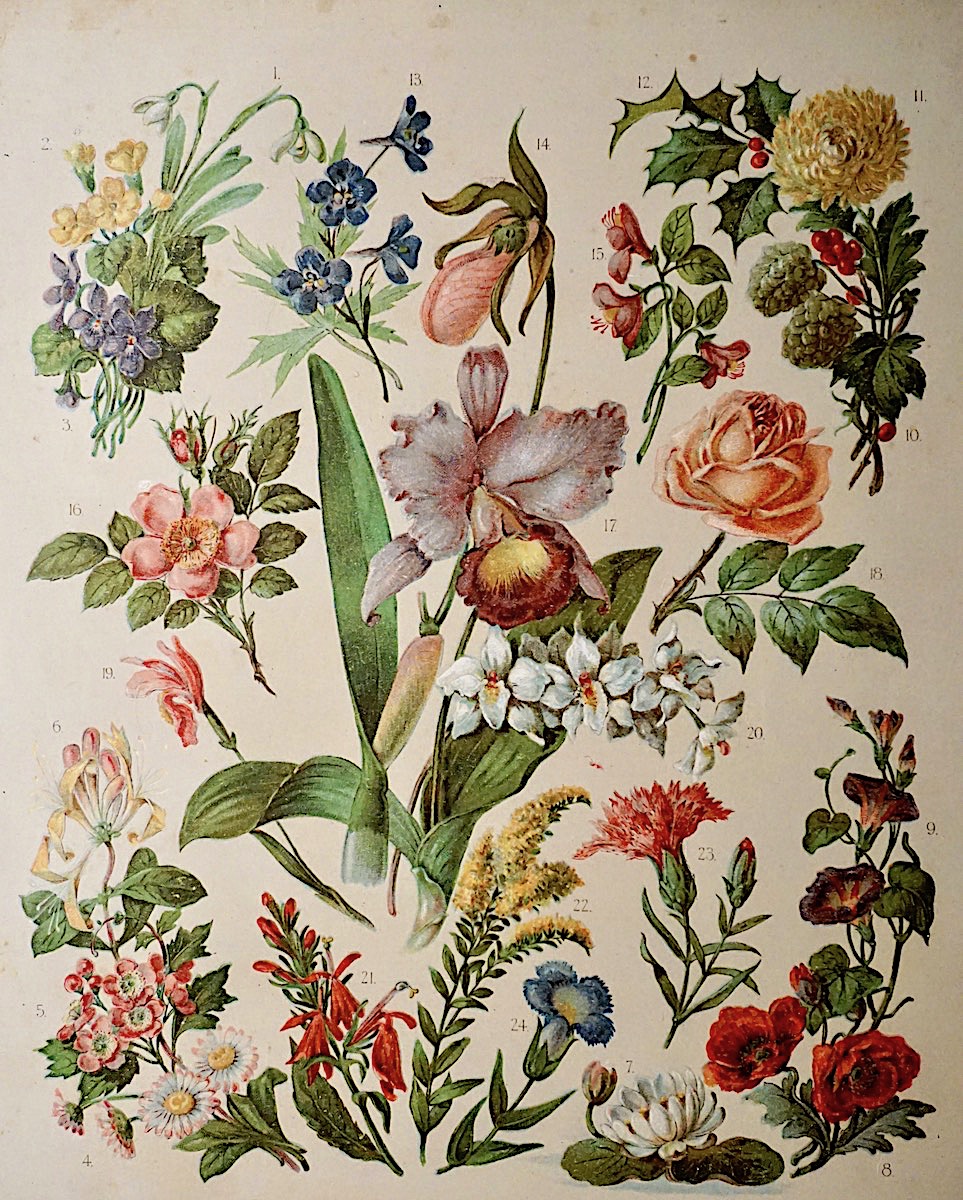 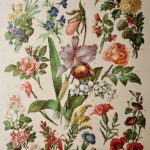 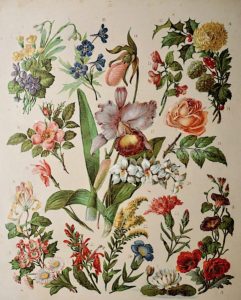 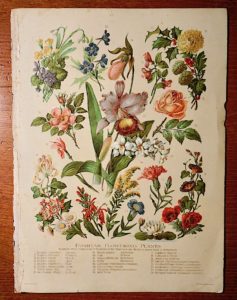 The remaining flowers included on the page are:

The language of flowers, sometimes called floriography, is a means of cryptological communication through the use or arrangement of flowers. Meaning has been attributed to flowers for thousands of years, and some form of floriography has been practiced in traditional cultures throughout Europe, Asia, and the Middle East. Plants and flowers are used as symbols in the Hebrew Bible, particularly of love and lovers in the Song of Songs,[1] as an emblem for the Israelite people[2] and for the coming Messiah.[3] In Western culture, William Shakespeare ascribed emblematic meanings to flowers, especially in Hamlet, Prince of Denmark.

Interest in floriography soared in Victorian England and in the United States during the 19th century. Gifts of blooms, plants, and specific floral arrangements were used to send a coded message to the recipient, allowing the sender to express feelings which could not be spoken aloud in Victorian society.[4][5] Armed with floral dictionaries, Victorians often exchanged small “talking bouquets”, called nosegays or tussie-mussies, which could be worn or carried as a fashion accessory.

According to Jayne Alcock, Grounds and Gardens Supervisor at The Walled Gardens of Cannington, the renewed Victorian erainterest in the language of flowers finds its roots in Ottoman Turkey, specifically the court in Constantinople[6] and an obsession it held with tulips during the first half of the 18th century. The Victorian use of flowers as a means of covert communication bloomed alongside a growing interest in botany.

The floriography craze was introduced to Europe by two people: Englishwoman Mary Wortley Montagu (1689–1762), who brought it to England in 1717, and Aubry de La Mottraye (1674–1743), who introduced it to the Swedish court in 1727. Joseph Hammer-Purgstall’s Dictionnaire du language des fleurs (1809) appears to be the first published list associating flowers with symbolic definitions, while the first dictionary of floriography appears in 1819 when Louise Cortambert, writing under the pen name ‘Madame Charlotte de la Tour’, wrote Le langage des Fleurs.