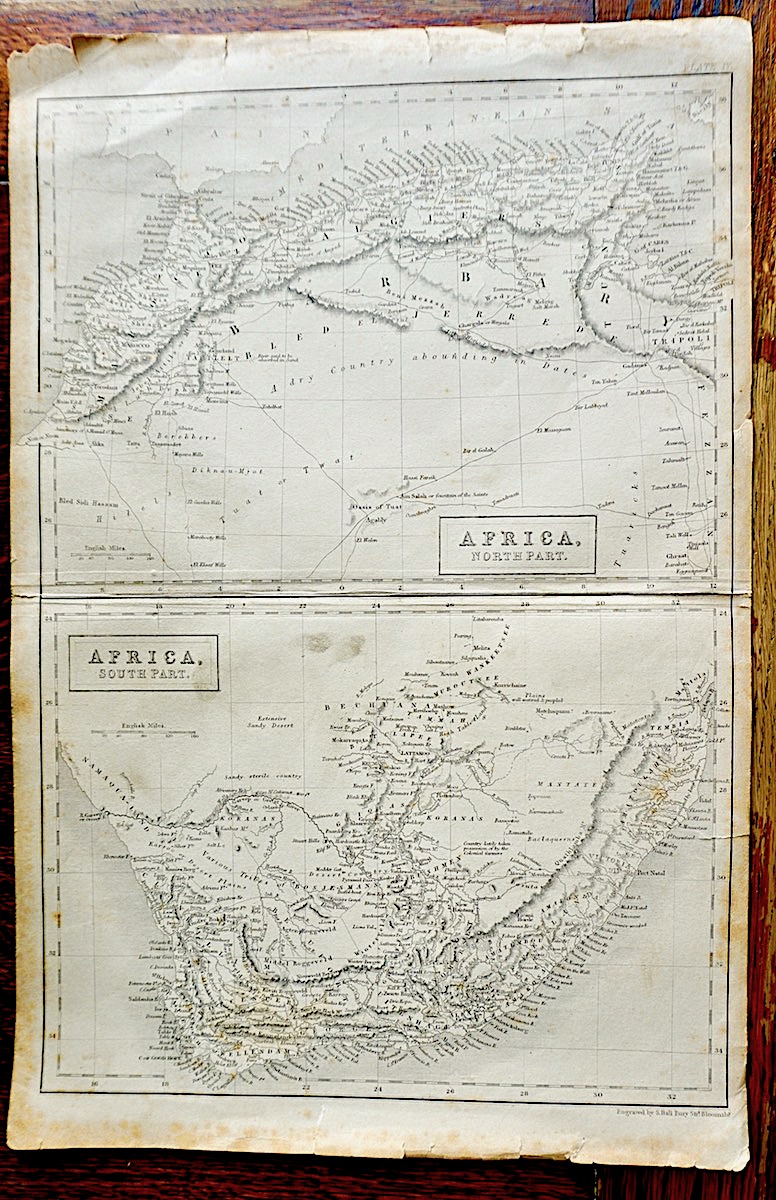 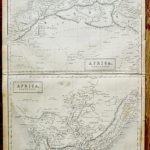 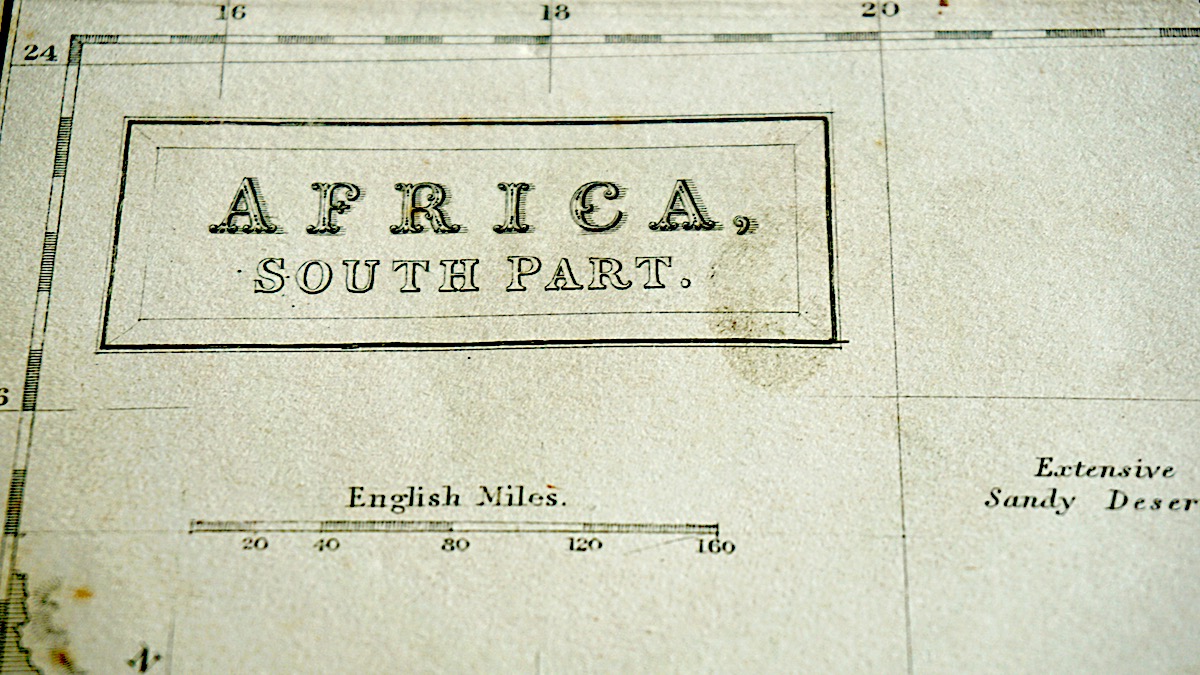 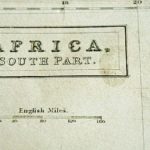 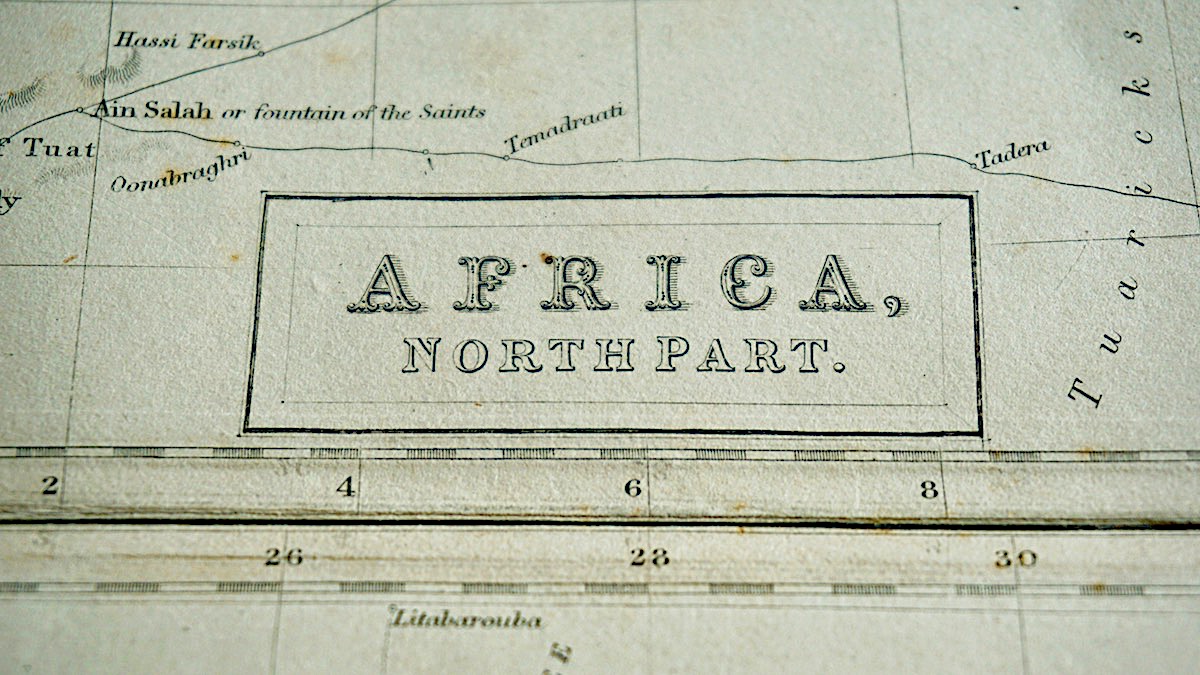 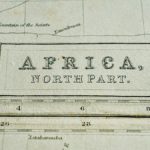 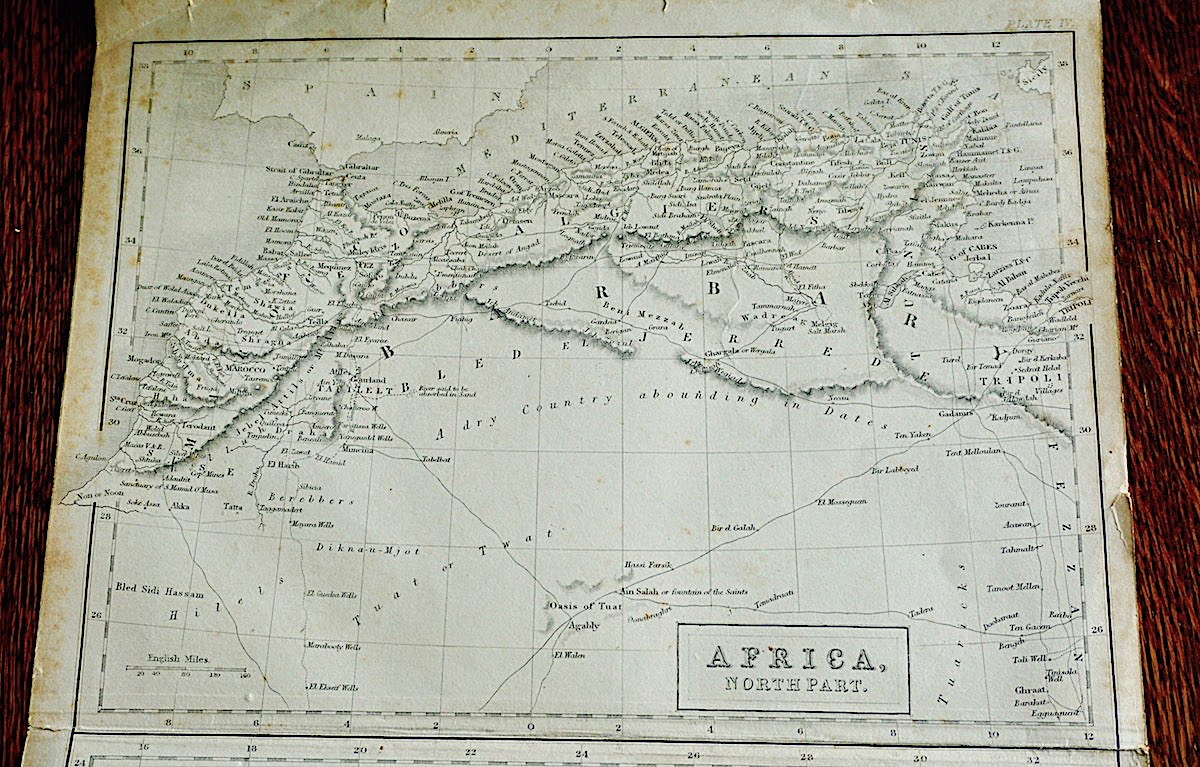 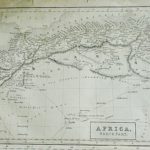 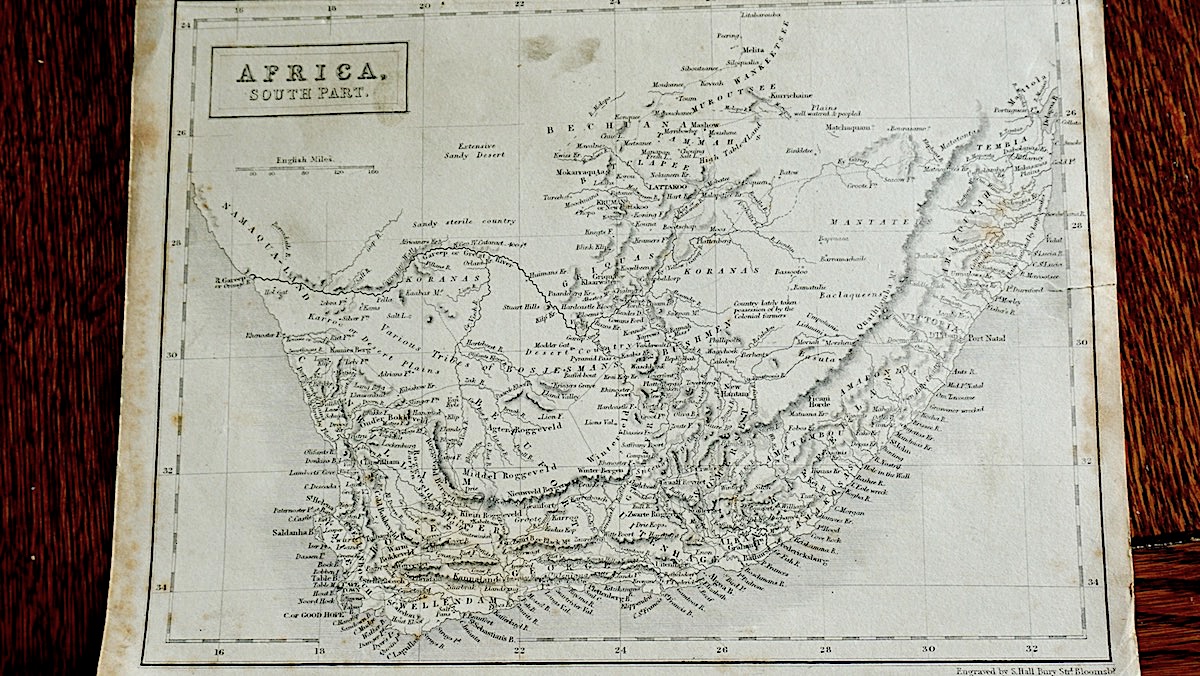 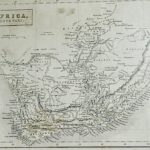 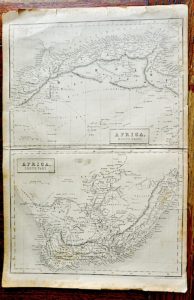 Antique map Africa, North Part, South Part, engraved by Sidney Hall, 16,5 x 11 inch. (42 x 28 cm).
Cod. P. 66.
Divided into two parts, the upper map is of the Barbary Coast and covers the western Mediterranean Coast of Africa from Morocco to Tripoli, including modern day Morocco, Algeria, Tunisia and Libya. The lower map covers modern day South Africa and includes the cities and towns of Clanwilliam, Beaufort, Worchester, Cape Town, George, Uitenhage, Stellenbosch, Somerset and Graaff-Reinet. Various cities, towns, oases, rivers, deserts, mountains and several other topographical details are marked with relief shown by hachure. The map of North Africa depicts the Tuat, a vast desert region, marked with numerous oases. The desert area is largely unmapped, simply identified as ‘A dry Country abounding in Dates.’ Parts of North Africa, at the time were under the influence of the rapidly declining Ottoman Empire. The region would go on to be colonized by France, United Kingdom, Spain and Italy during the next century. The map of South Africa depicts the regions of the various Bushmen (Bosjesmans) tribes. This map was engraved by Sidney Hall and issued as plate n. IV in the 1844 edition of Black’s General Atlas.

Charles and his uncle Adam Black of Edinburgh, Scotland, founded their publishing firm in 1807. They published a series of maps and atlases throughout the 19th century. In addition to an array of atlases, the Black firm is known for their editions of the Encyclopedia Britannica (1817 – 1826) and the first publishing of Sir Walter Scott’s novels in 1854. In 1889 the A. & C. Black publishing house moved to London where it remains in operation to this day.

Sidney Hall (1788 – 1831) was an English engraver and map publisher active in London during the late 18th and early 19th centuries. His earliest imprints, dating to about 1814, suggest a partnership with Michael Thomson, another prominent English map engraver. Hall engraved for most of the prominent London map publishers of his day, including Aaron Arrowsmith, William Faden, William Harwood, and John Thomson, among others. Hall is credited as being one of the earliest adopters of steel plate engraving, a technique that allowed for finer detail and larger print runs due to the exceptional hardness of the medium. Upon his early death – he was only in his 40s – Hall’s business was inherited by his wife, Selina Hall, who continued to publish under the imprint, “S. Hall”, presumably for continuity. The business eventually passed to Sidney and Selina’s nephew Edward Weller, who became extremely prominent in his own right.

Black, A. and C., Black’s General Atlas (Edinburgh), 1844.    Black’s General Atlas was a popular Scottish atlas of the world issued by the Edinburgh firm of Adam and Charles Black. This atlas was first issued in 1840 with subsequent editions being printed well into the 1890s. While most editions were printed in Edinburgh, an American edition was issued in 1857. Most early editions of his atlas were engraved by S. Hall. Typically this refers to Sidney Hall, who died in 1831, but in this case, since the engraving was initiated well after his death, it was most likely his widow, Selina Hall, who did the engraving. Later editions feature additional maps updated and engraved by William Hughes. Early editions featured outline color only, but later editions embraced a full color approach with pale green, yellow, and blue pastels. All editions are known for their meticulous presentation of the most up-to-date cartographic information. Moreover, this exceptionally long publication run provides a fine cartographic record of the middle to late 19th century – particularly as regards the complex cartographic evolution of the Americas through this period.