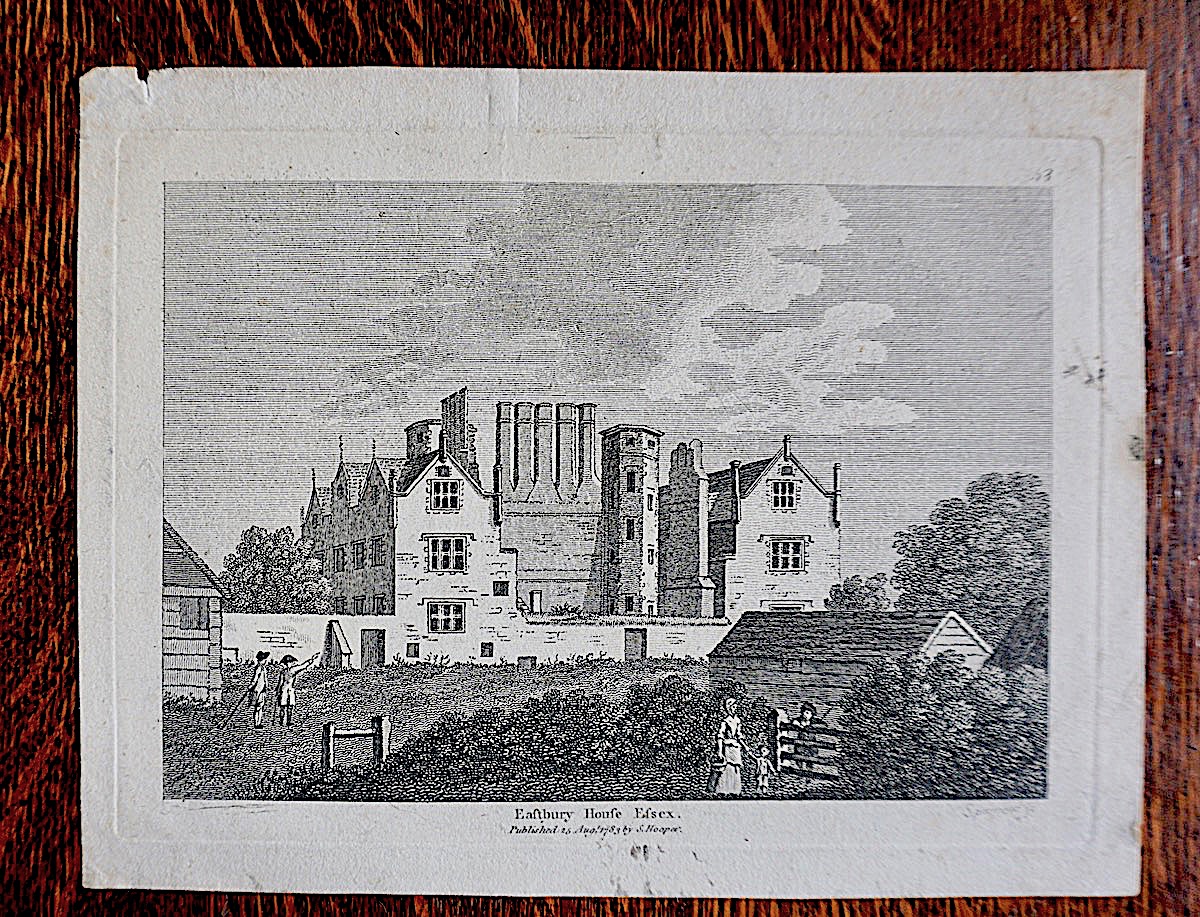 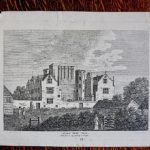 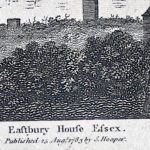 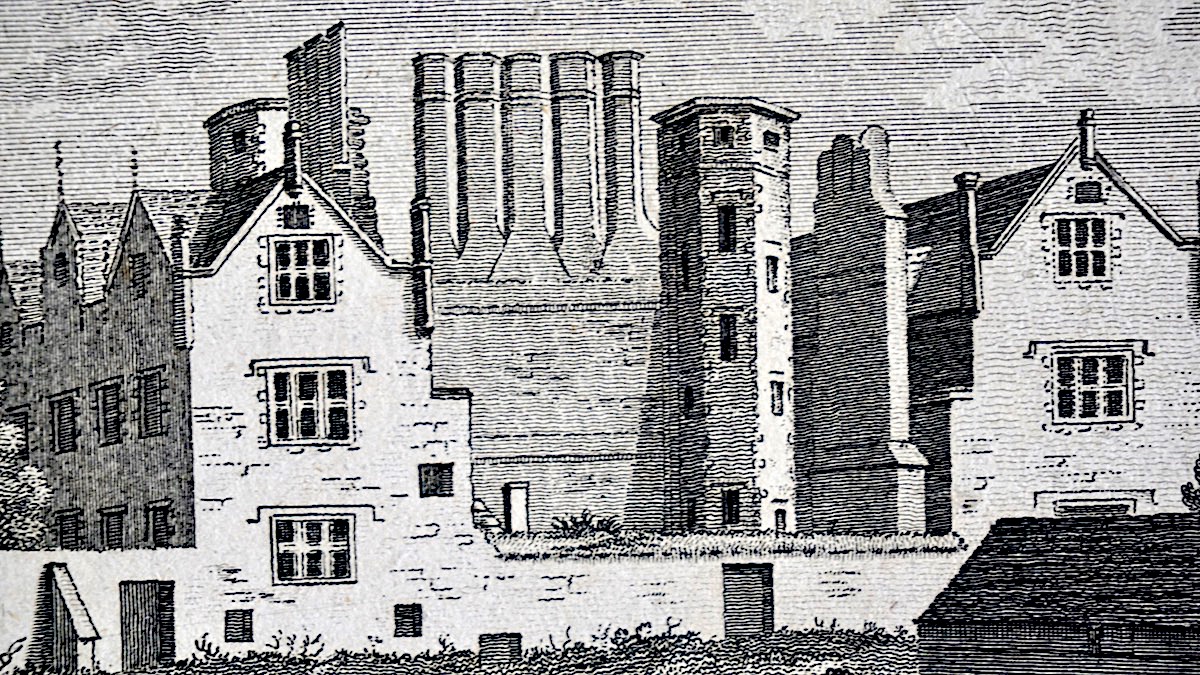 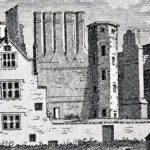 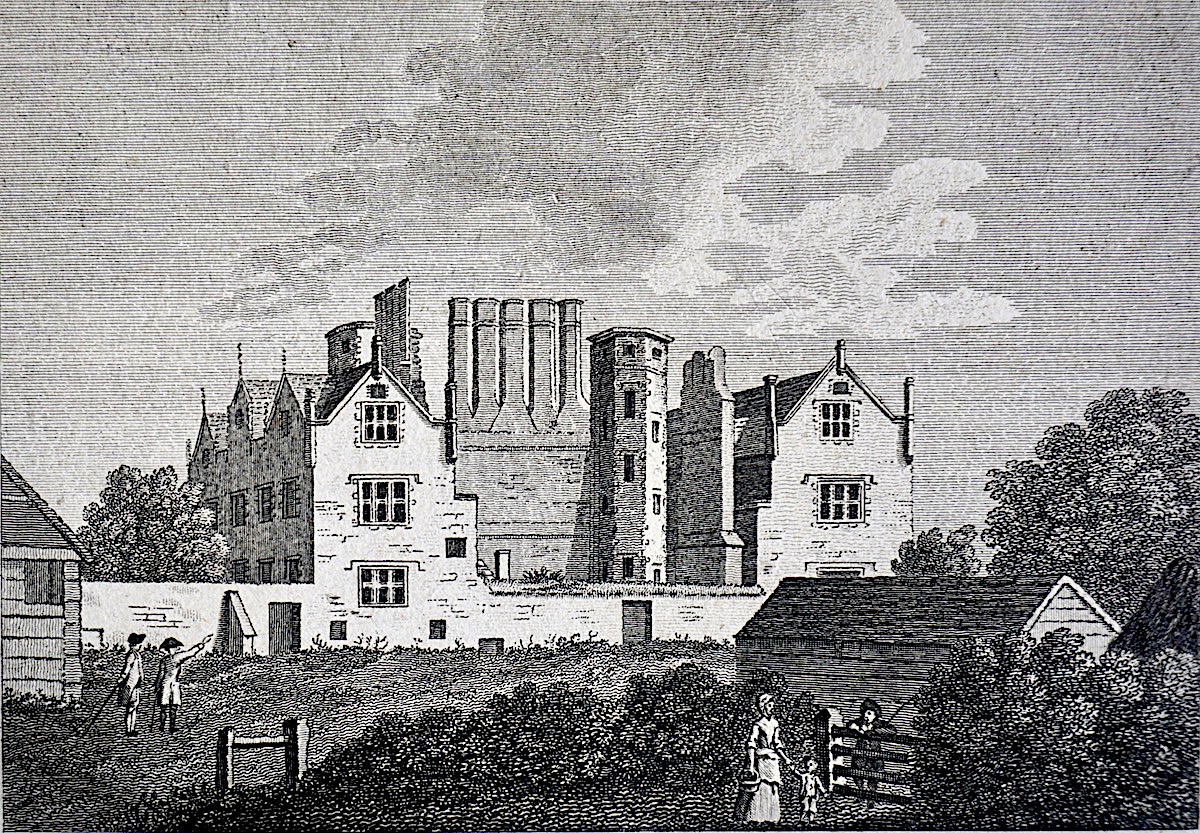 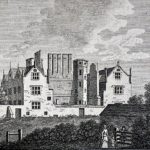 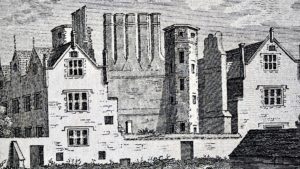 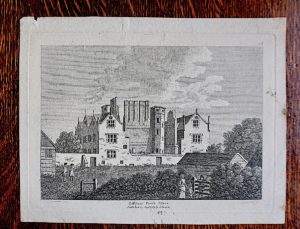 Eastbury Manor House is a Grade I listed building building situated in the London Borough of Barking and Dagenham in Greater London, England. It dates to the Elizabethan period, although the land on which it was built was formally part of the demesne of Barking Abbey. The house is now in the ownership of the National Trust and is open to visitors as a museum.

The land on which Eastbury House now stands was once part of the demesne of Barking Abbey. The house was built in the 1570s by Clement Sisley, a wealthy merchant, who purchased the land after the dissolution of Barking Abbey.[1] It was probably the first brick built building in the area at that time; it had glass windows and very high chimneys, indicating the wealth of the owner. Glass was probably imported from Italy as at that time English glass was relatively poor in quality. A dendrochronology survey dates the timber roof to 1566[2] and there is documentary evidence which describes the dates 1572 carved in the brickwork and 1573 on a lead water spout indicating finishing touches to the building.

Recent research has shown that in the early 17th century the house was in the occupation of a Catholic family with close family connections to some of the principal conspirators of the Gunpowder Plot of 1605.[citation needed]

The house fell into increasing dilapidation from the late 18th century. The Great Tower Staircase was demolished by 1814. Wooden flooring and original fireplaces were removed in the 1830s. By the late 19th century only the west wing of the house was habitable. In 1918 the house was bought by the National Trust and was restored. In 1931 it opened as the Museum of Barking. The house is managed by the London Borough of Barking and Dagenham.

The building was given Grade I listed status in 1954.[3] In recent years it has benefitted from a major restoration programme, financed through several successful Heritage Lottery Fund bids. The latest phase completed in 2010 includes a major permanent exhibition on the history of the building and its various owners.