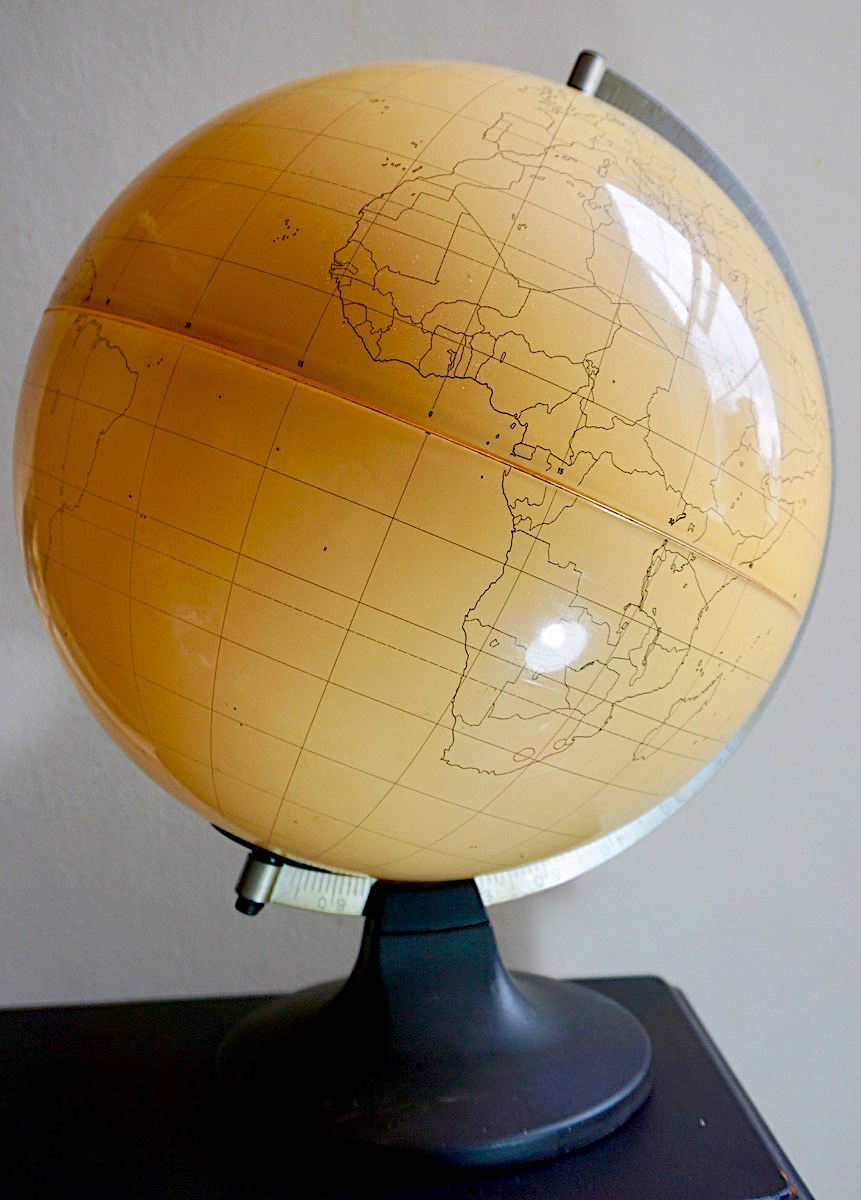 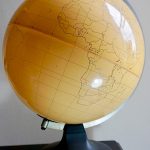 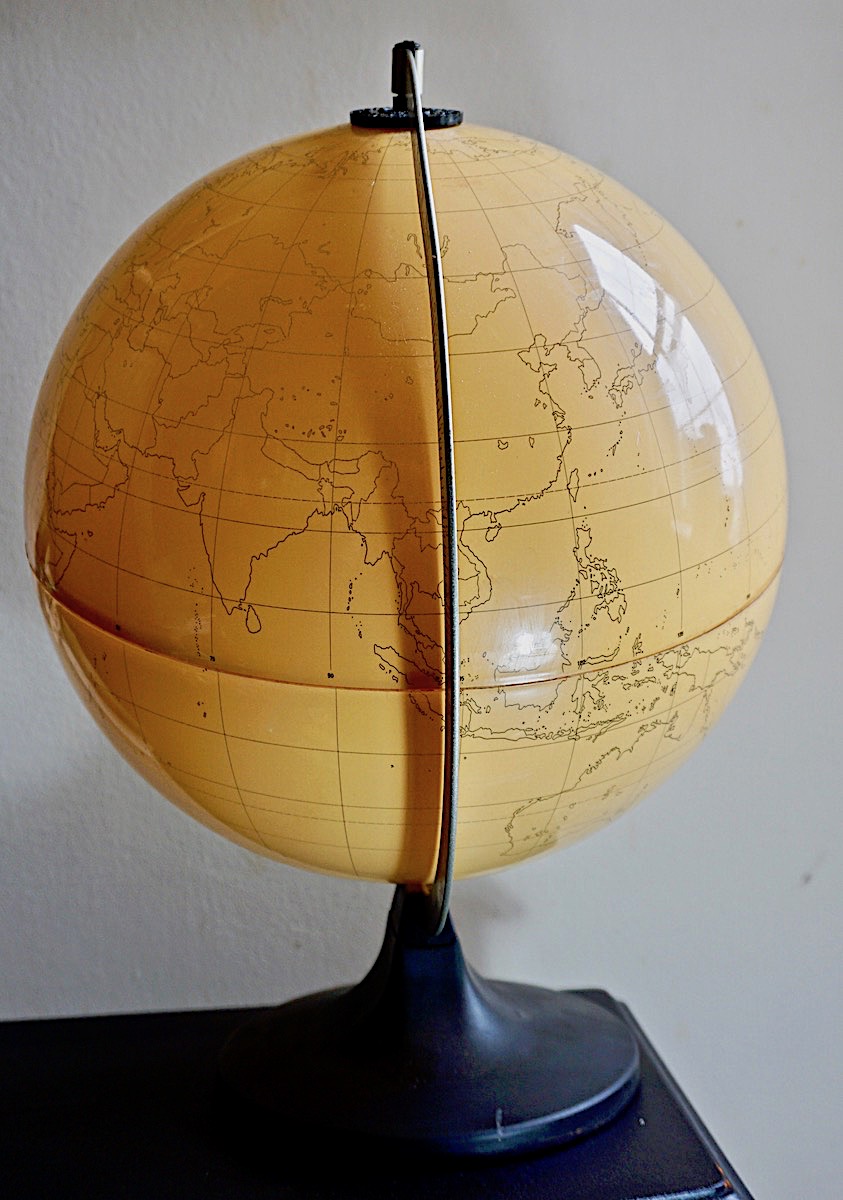 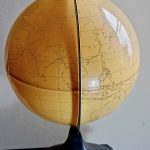 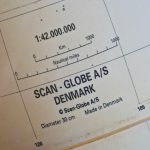 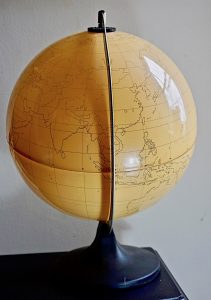 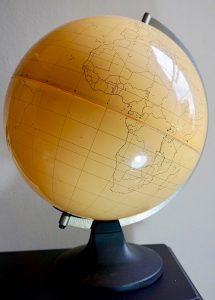 A globe shows details of its subject. A terrestrial globe shows land masses and water bodies. It might show nations and prominent cities and the network of latitude and longitude lines. Some have raised relief to show mountains. A celestial globe shows stars, and may also show positions of other prominent astronomical objects. Typically it will also divide the celestial sphere up into constellations.

The word “globe” comes from the Latin word globus, meaning “sphere“. Globes have a long history. The first known mention of a globe is from Strabo, describing the Globe of Crates from about 150 BC. The oldest surviving terrestrial globe is the Erdapfel, wrought by Martin Behaim in 1492. The oldest surviving celestial globe sits atop the Farnese Atlas, carved in the 2nd century Roman Empire…