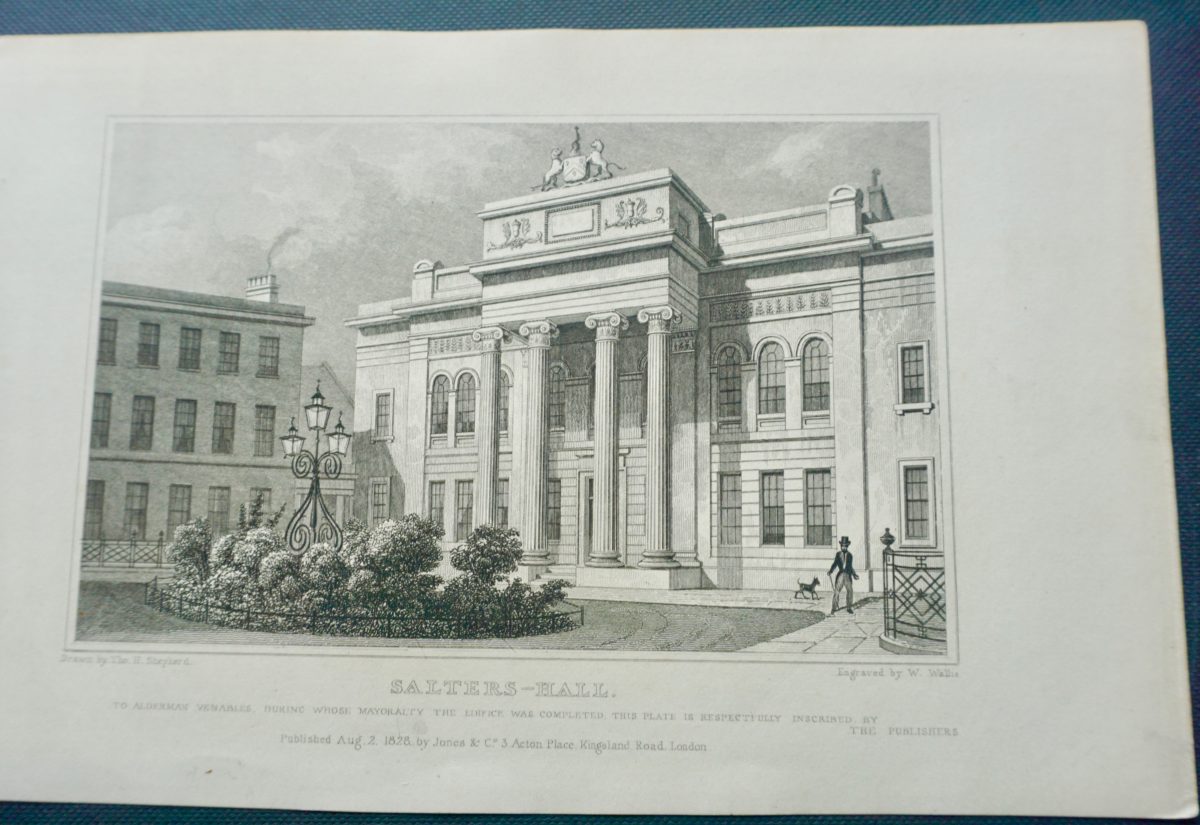 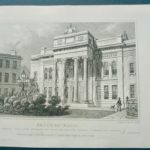 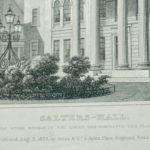 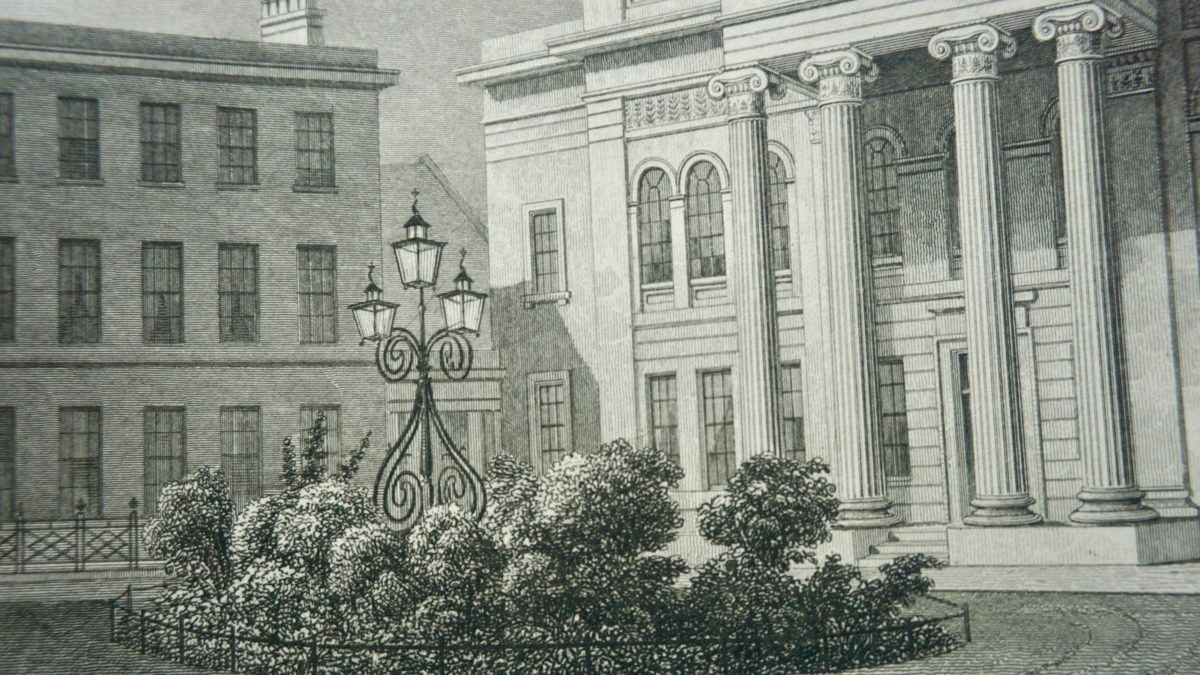 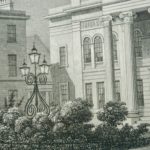 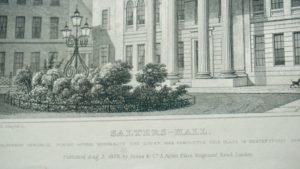 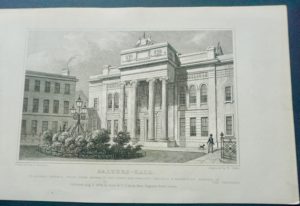 Thomas Hosmer Shepherd (1792–1864) was a topographical watercolour artist well known for his architectural paintings. Brother of topographical artist George “Sidney” Shepherd, Thomas was employed to illustrate architecture in London, and later Edinburgh, Bath and Bristol. His paintings were the basis for steel engravings in many books.

Shepherd’s work, mostly topographical, is characterised by an attention to detail, along with lifelike scenes that contained people, carriages and horses. His first acclaim came with Metropolitan improvements, a publication of modern London architecture commissioned by Jones & Co.

HISTORY: The medieval hall of the Salters’ Company, founded in 1394, was in Bread Street, and then in the C17 was rebuilt in St Swithin’s Lane. This building was rebuilt several times, including after being destroyed in the Great Fire. The Salters’ were also hit by the second great wave of City of London damage when the handsome 1823-7 hall by Henry Carr was destroyed in an air raid in May 1941. Fortunately, the gates of 1887 were salvaged and re-used in the present Fore Street building.