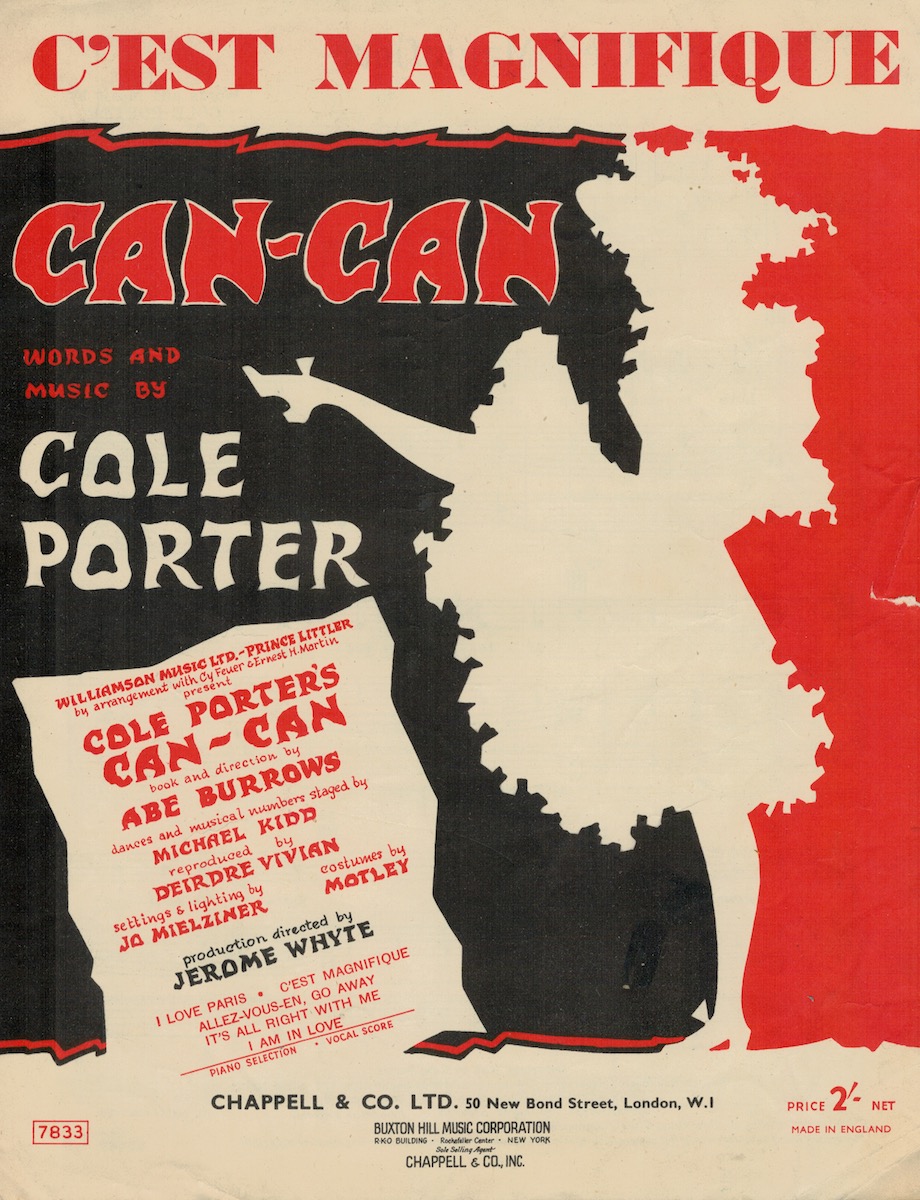 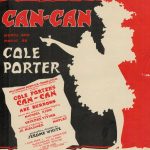 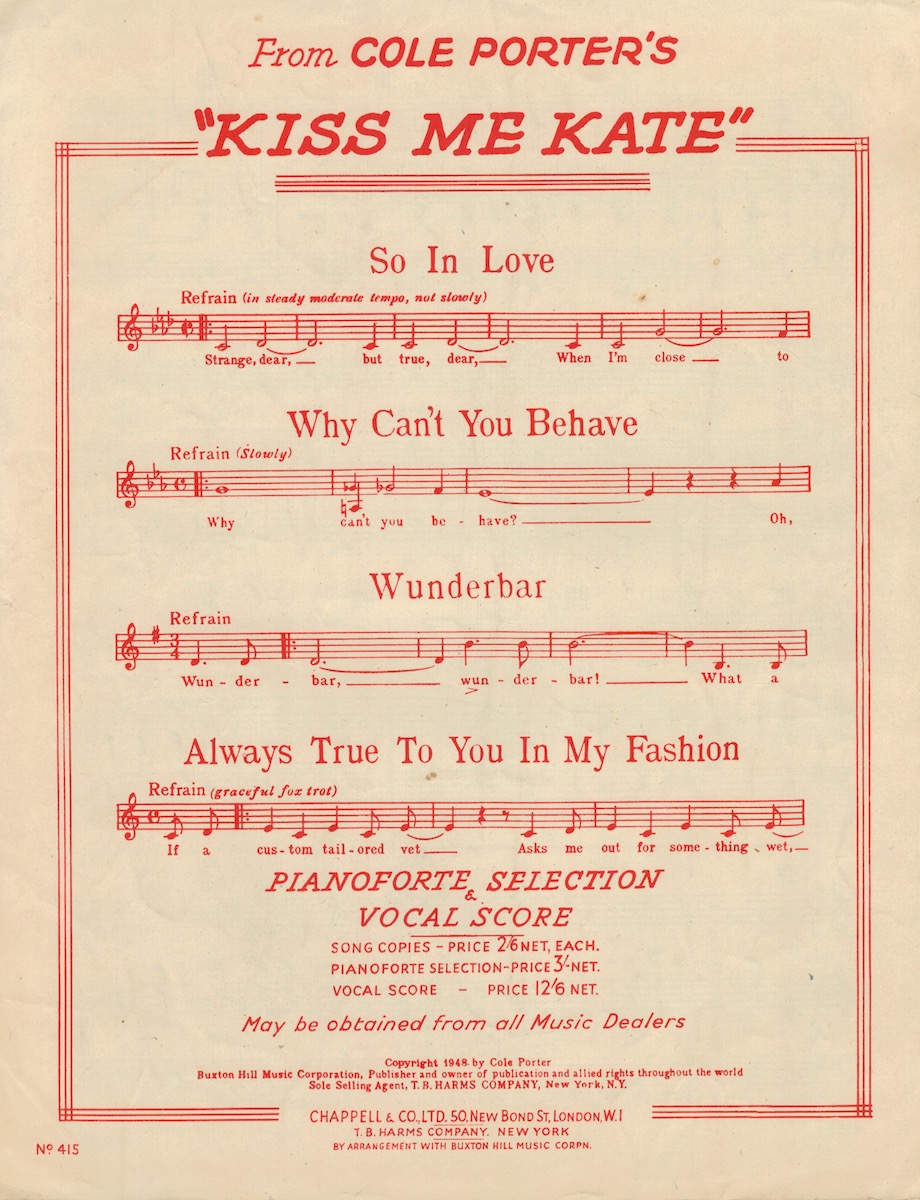 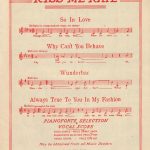 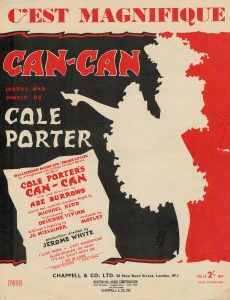 “C’est Magnifique” (“It’s Magnificent”) is a 1953 popular song written by Cole Porter for his 1953 musical Can-Can, where it was introduced by Lilo and Peter Cookson. The song become a standard, despite weak performance in the 1953 charts. The only version to chart was by Gordon MacRae which reached No. 29 for one week. The story concerns the showgirls of the Montmartre dance halls during the 1890s. The original Broadway production ran for over two years beginning in 1953, and the 1954 West End production was also a success. Gwen Verdon, in only her second Broadway role, and choreographer Michael Kidd won Tony Awards and were praised, but both the score and book received tepid reviews, and revivals generally have not fared well.