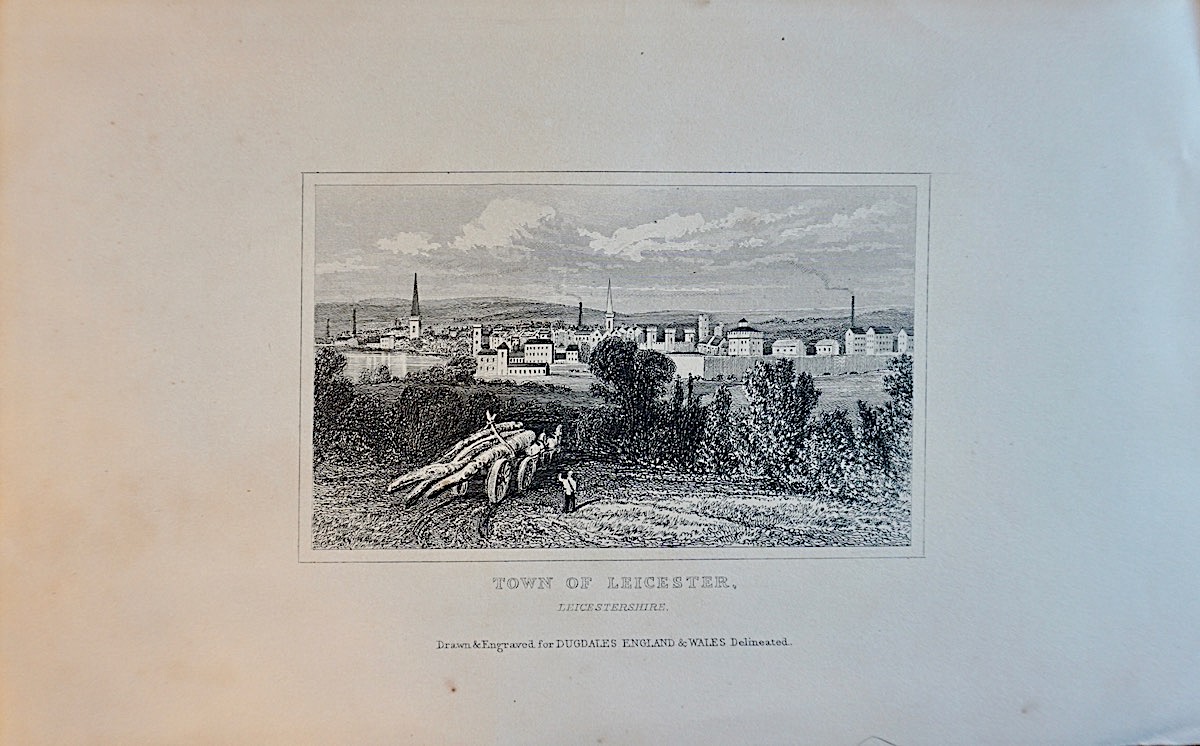 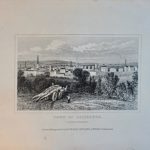 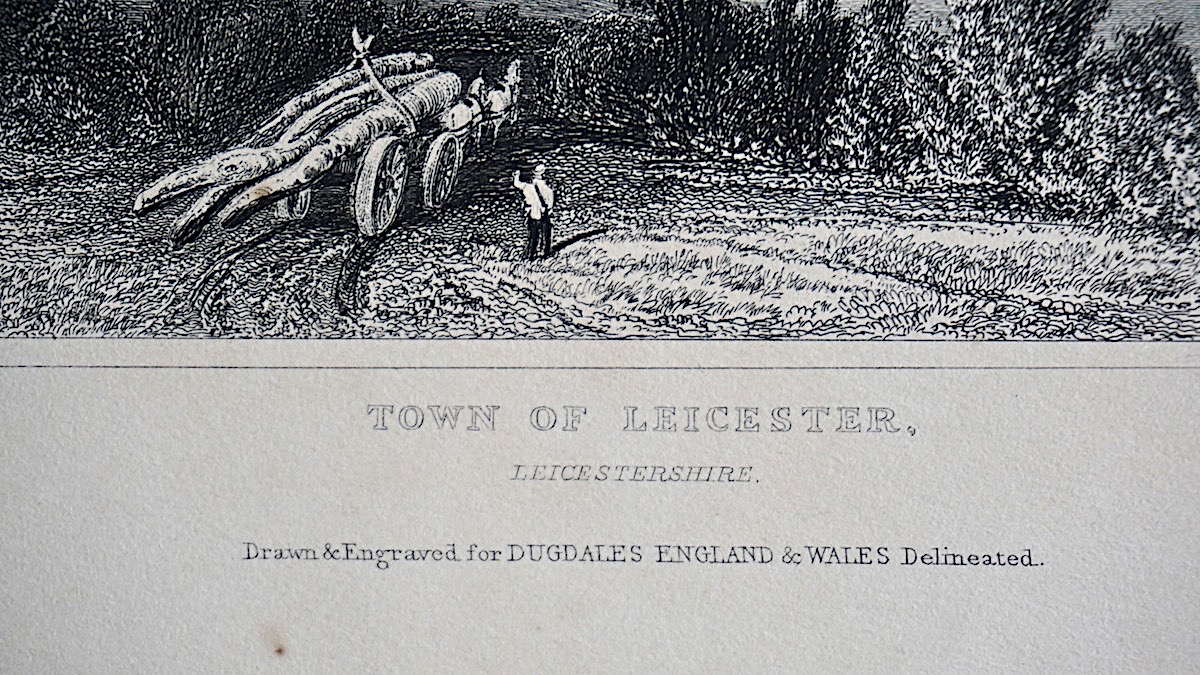 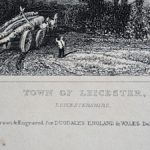 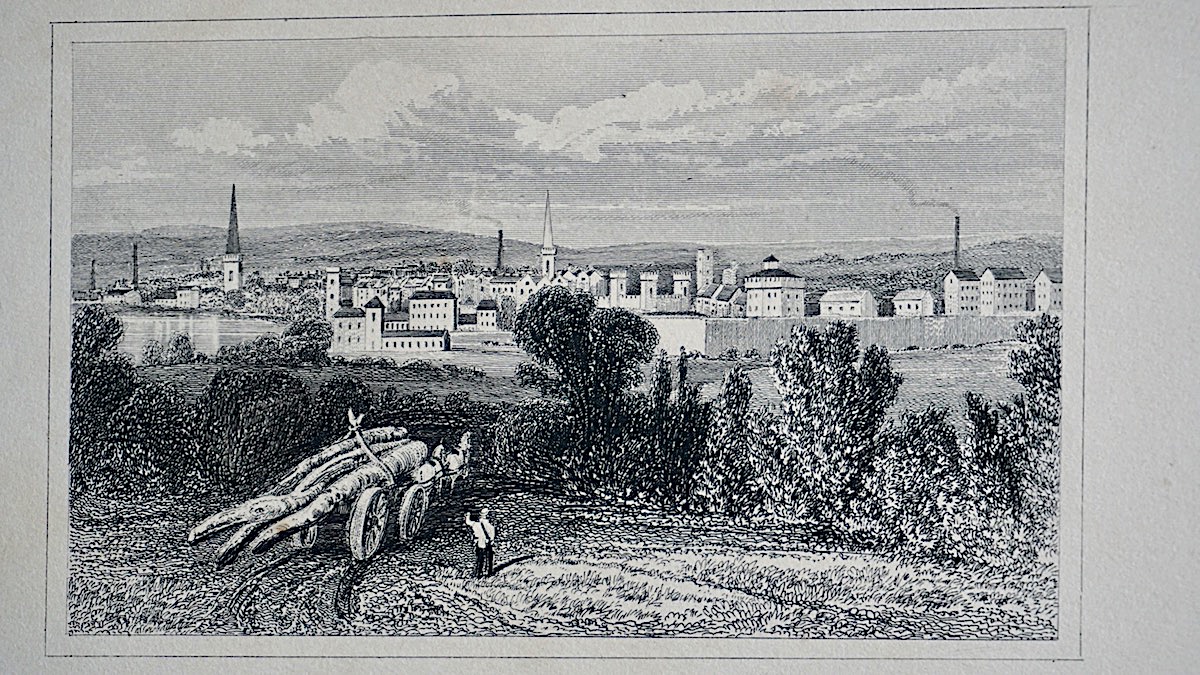 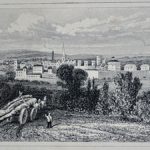 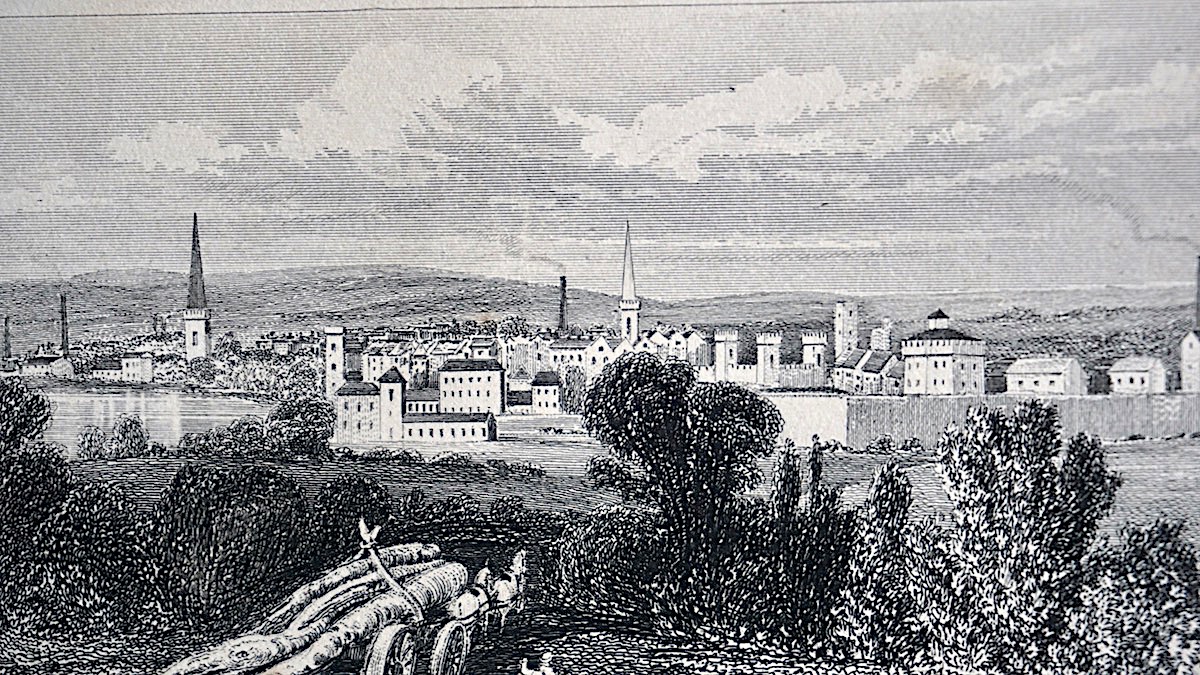 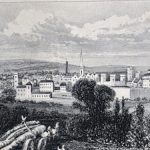 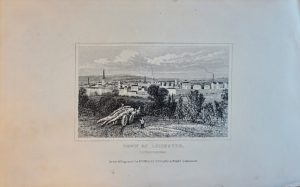 Antique Engraving Print, Town of Leicester, Leicestershire, published in 1845, 22 x 14 cm. from ‘Curiosities of Great Britain. England and Wales Delineated. Historical, Entertaining & Commercial, Alphabetically Arranged  by Thomas Dugdale, Antiquarian. Assisted by William Burnett.’  (Dugdale was a professional artist, Burnett was a civil engineer.) Together they produced a series of prints of English and Welsh architectural, topographical features with County Maps.

Leicester is a city in the East Midlands of England, and the county town of Leicestershire. The city lies on the River Soar and at the edge of the National Forest. The name of Leicester is recorded in the 9th-century History of the Britons as Cair Lerion (whence Welsh Caerlŷr), and in the Anglo-Saxon Chronicle as Ligora-ceastre. In the Domesday Book of 1086, it is recorded as Ledecestre. The first element of the name, Ligoraor Legora, is explained as a Brittonic river name, in a suggestion going back to William Somner (1701) an earlier name of the River Soar, cognate with the name of the Loire. The second element of the name comes from the Latin castrum which is reflected in both Welsh cair and Anglo-Saxon ceastre. Based on the Welsh name (given as Kaerleir), Geoffrey of Monmouth proposes a king Leir of Britain as an eponymous founderin his Historia Regum Britanniae (12th century).