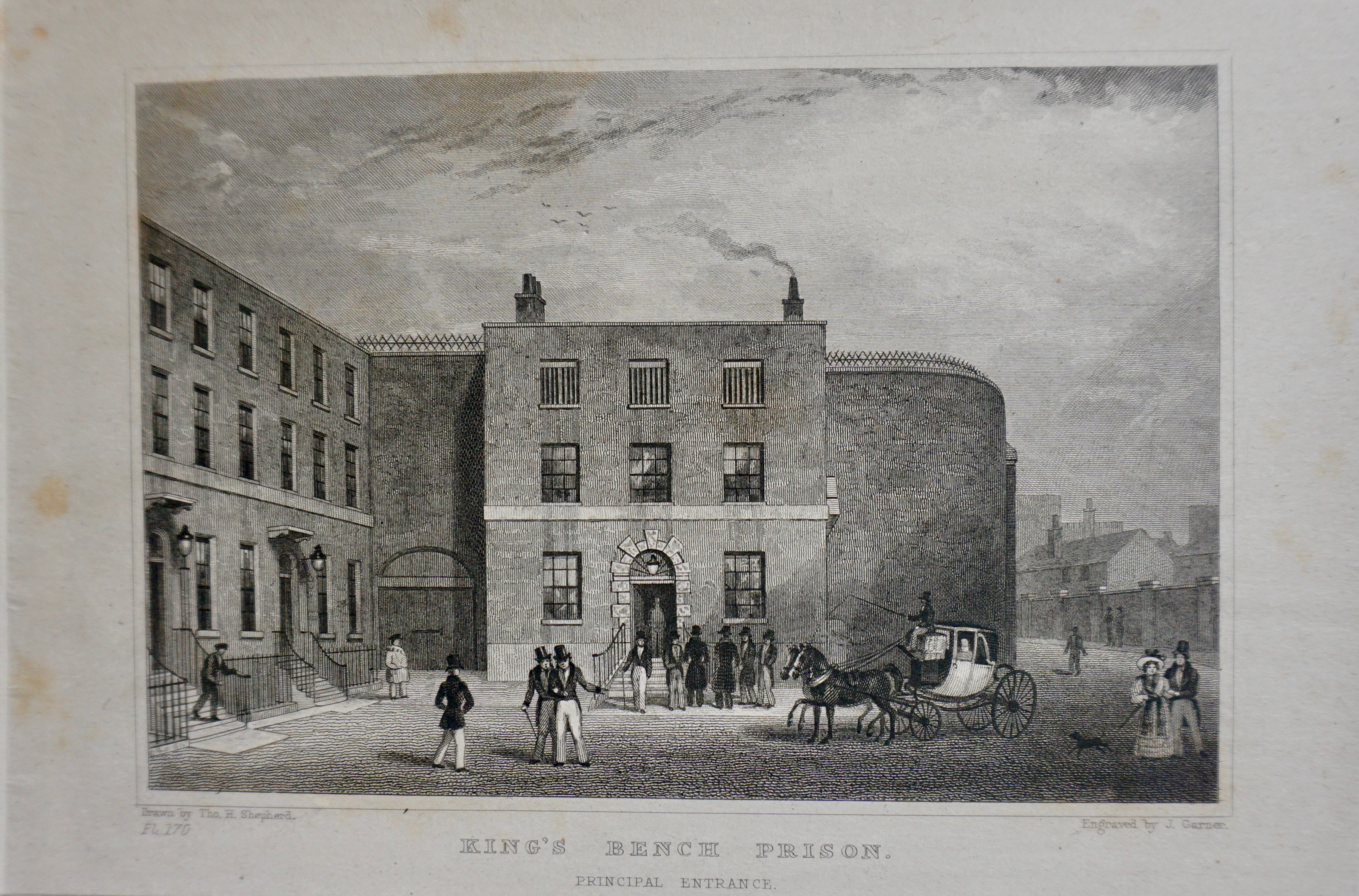 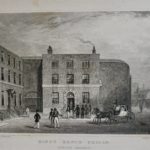 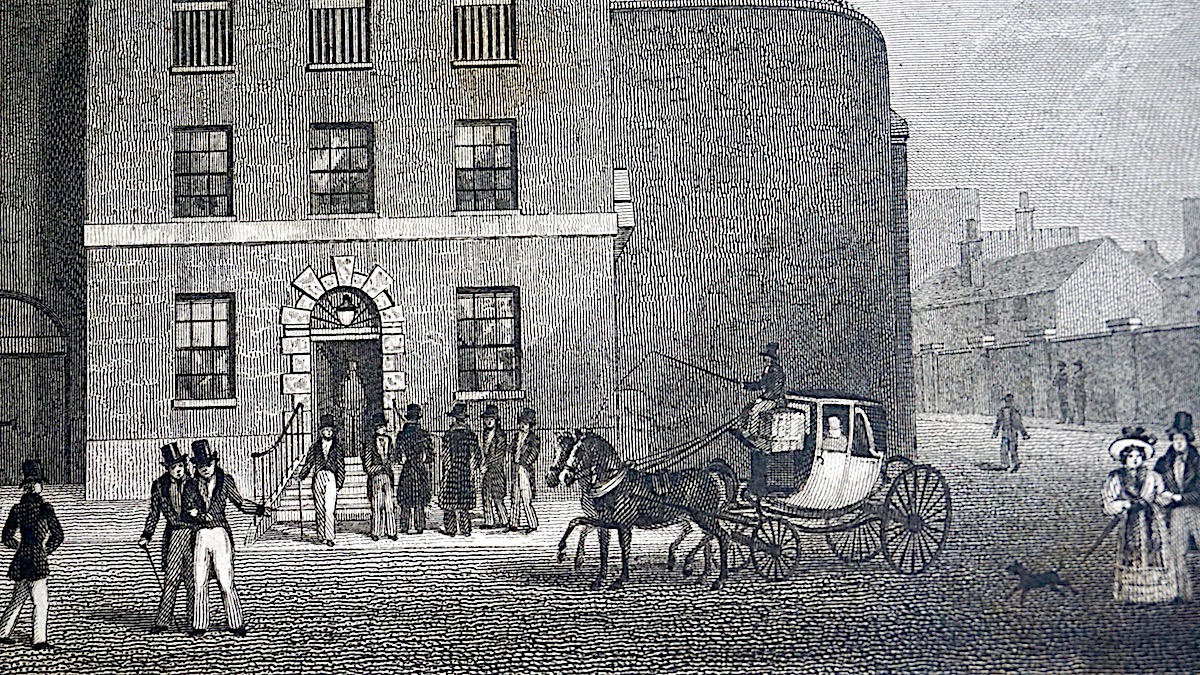 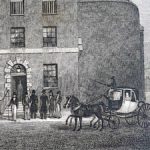 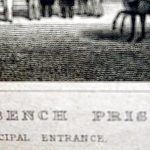 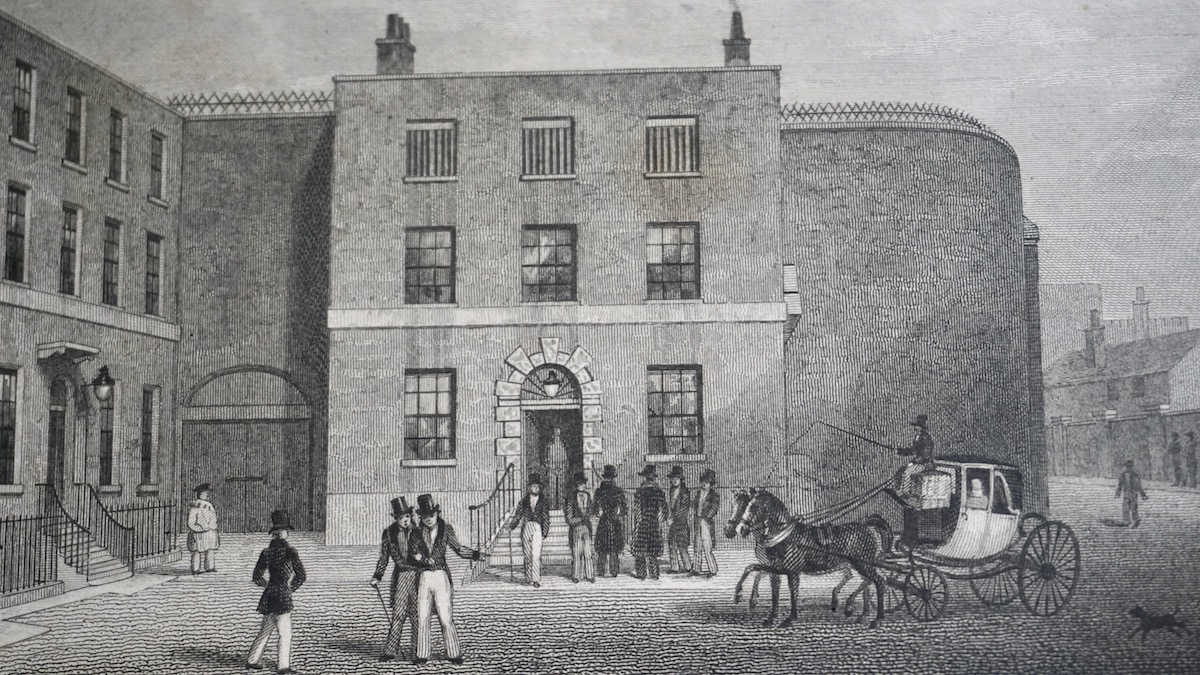 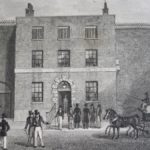 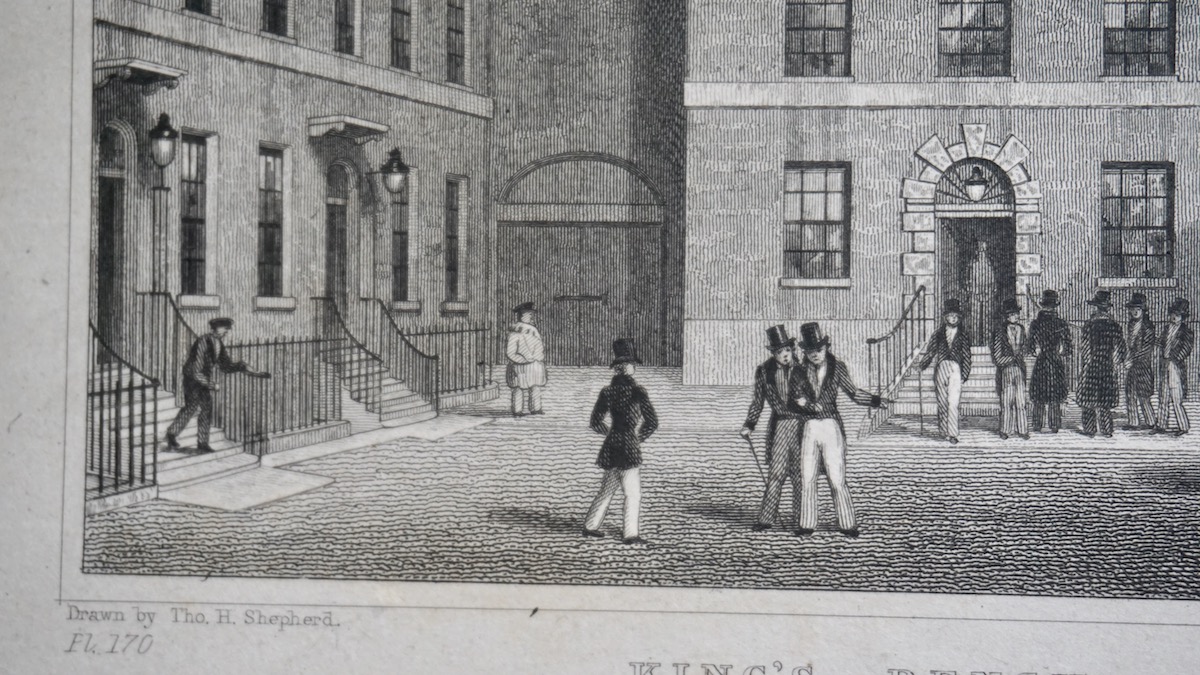 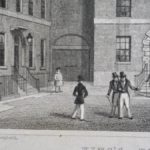 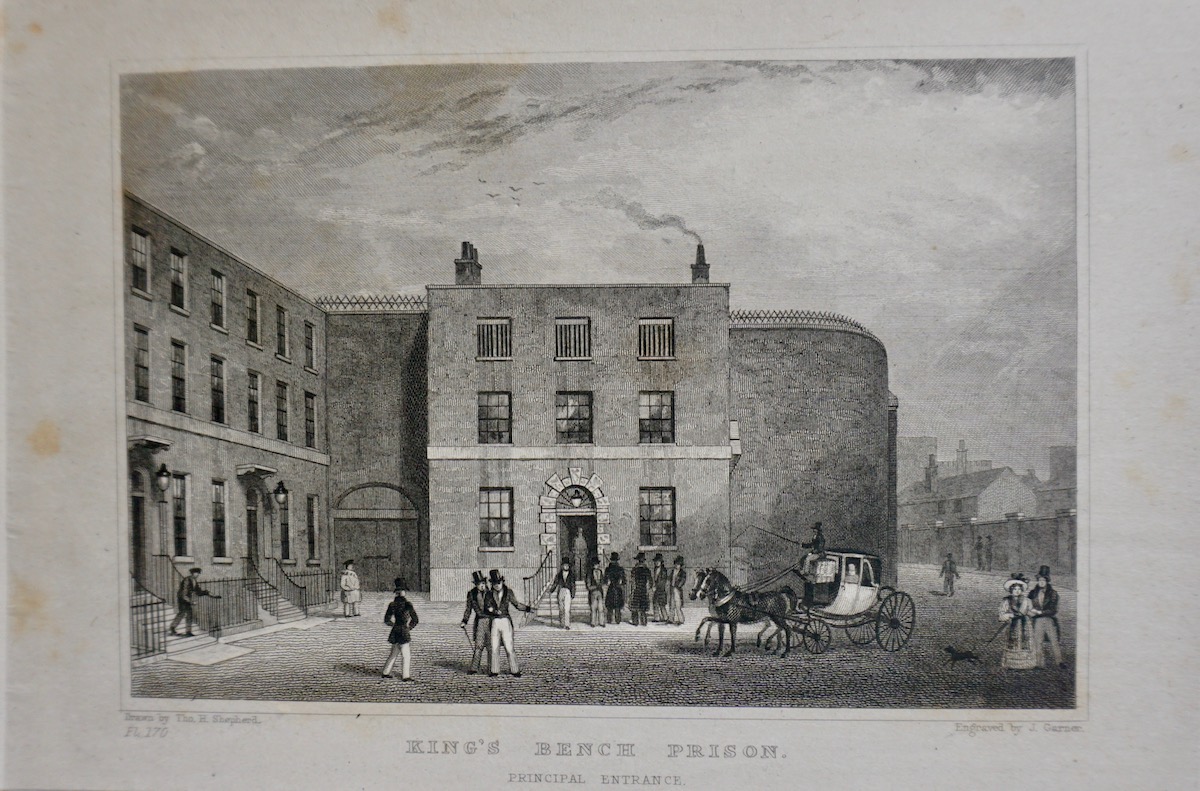 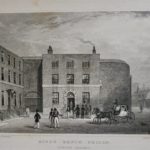 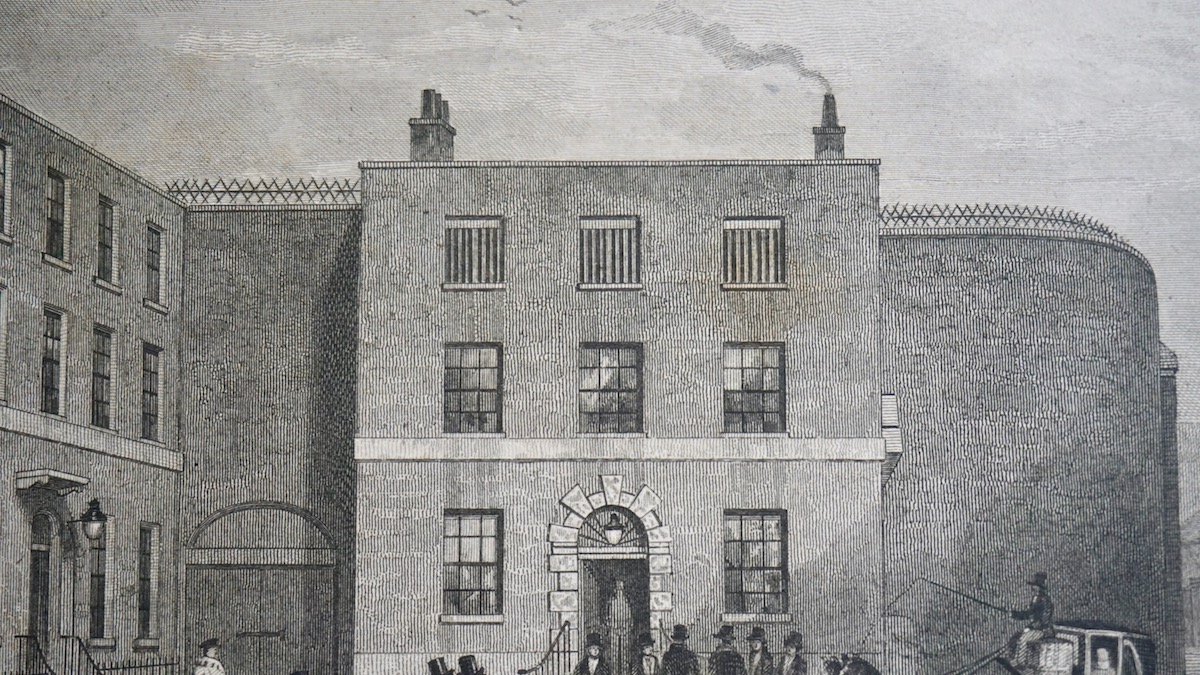 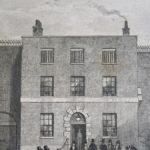 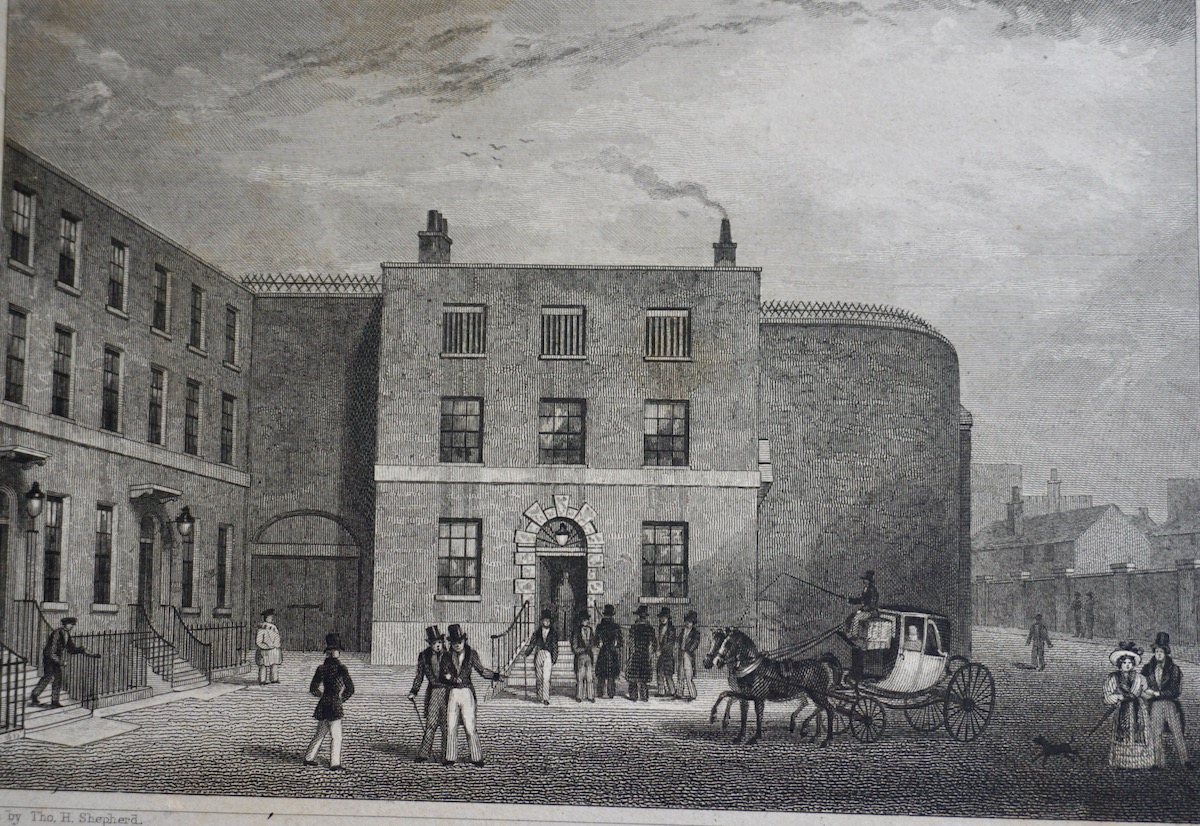 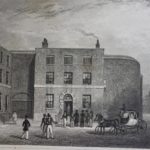 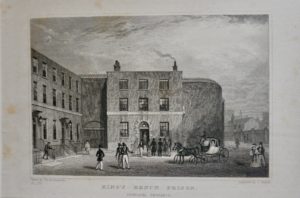 Southwark, London. Antique print of an image by Thomas Hosmer Shepherd of  King’s Bench Prison, a court of law in which cases of defamation, bankruptcy and other misdemeanours were heard, located in Southwark, south London. Antique steel engraving  dated in the plate 1828. Shepherd  was employed to illustrate architecture in London, and other cities in the united Kingdom. His paintings were the basis for steel engravings in many books. Shepherd’s work, mostly topographical, is characterized by an attention to detail, along with lifelike scenes that contained people, carriages and horses. His first acclaim came with ‘Metropolitan Improvements; or London in the Nineteenth Century,’ a publication of modern London architecture commissioned by Jones & Co. He worked mostly for Frederick Crace, who employed him to paint old London buildings prior to their demolition, with much of the work surviving in the Crace collection at the British Museum. The sub-title of Metropolitan Improvements reads, ‘a series of views of the new and most interesting objects’ in the British Metropolis & Its Vicinity: from Original Drawings by Mr Thos. H. Shepherd, with historical, topographical and critical  illustrations.’  Thanks to Wikipedia for linked information