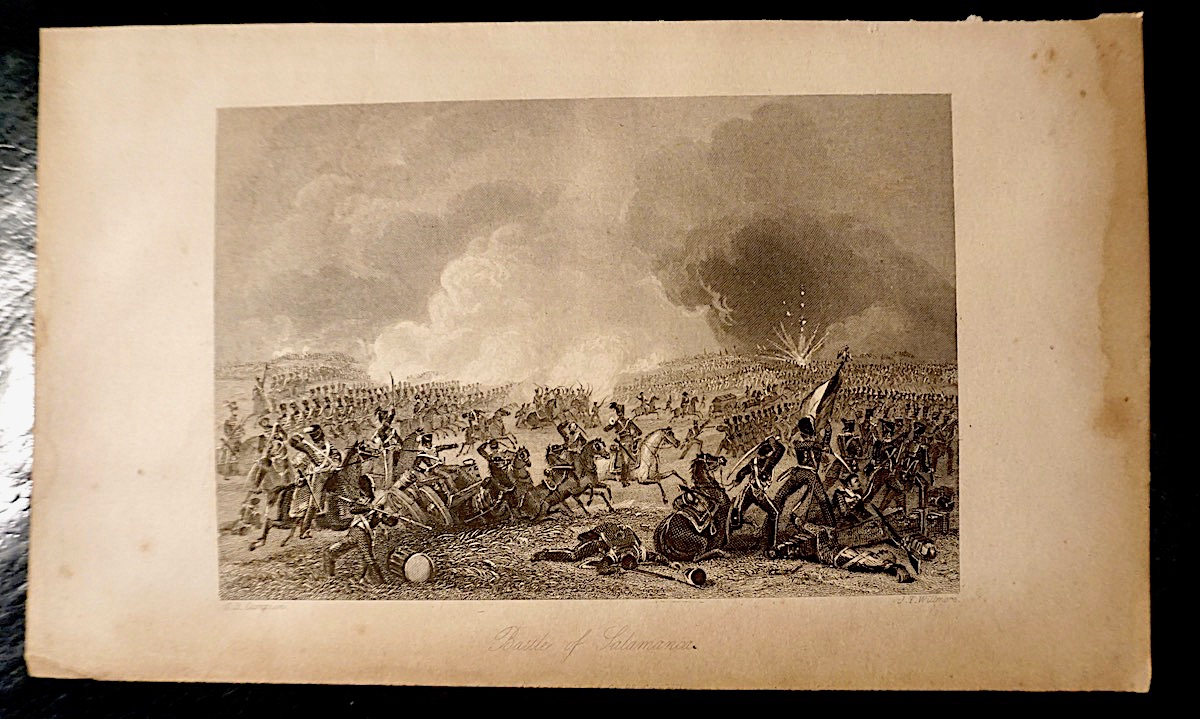 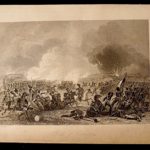 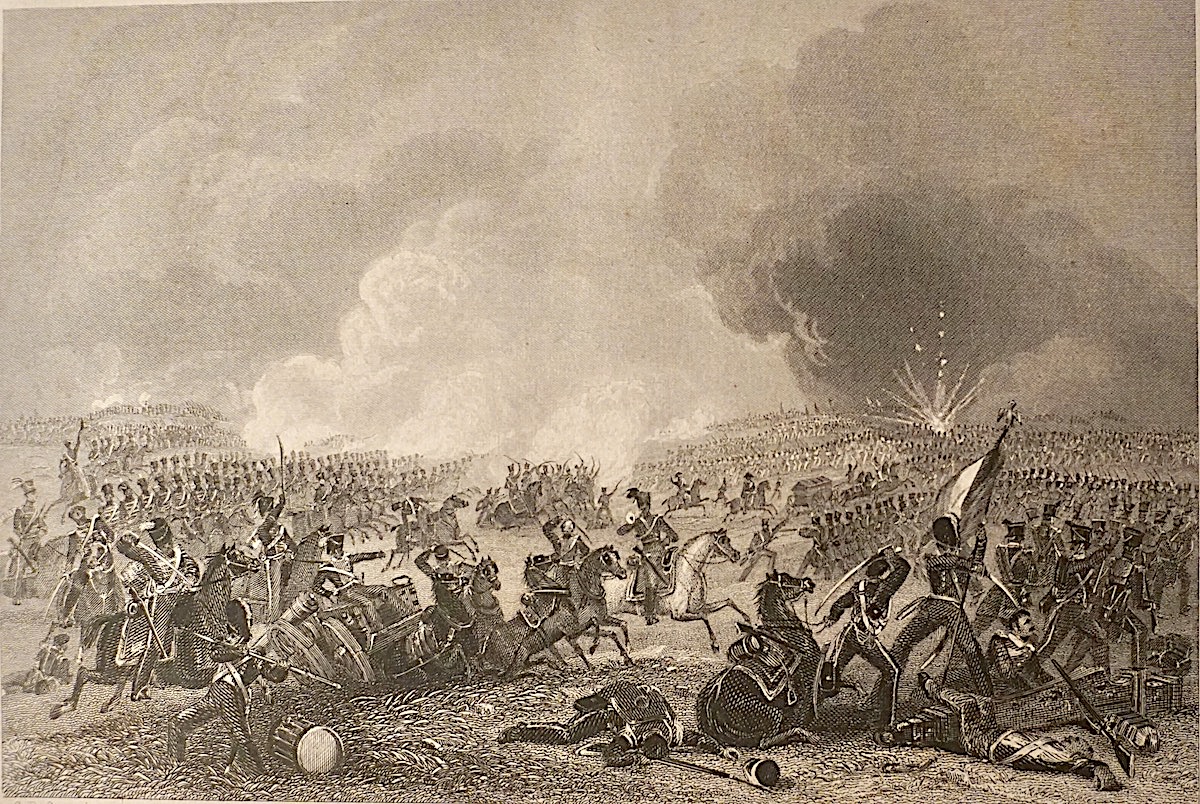 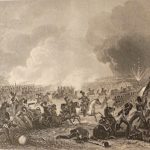 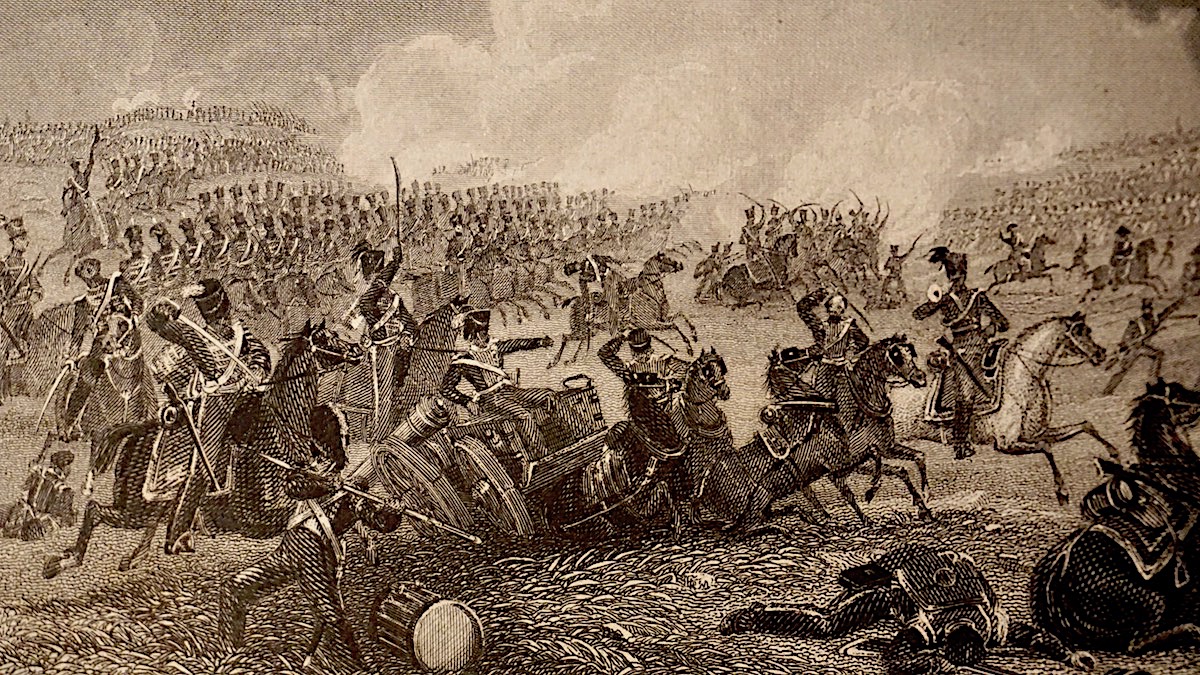 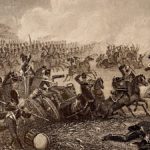 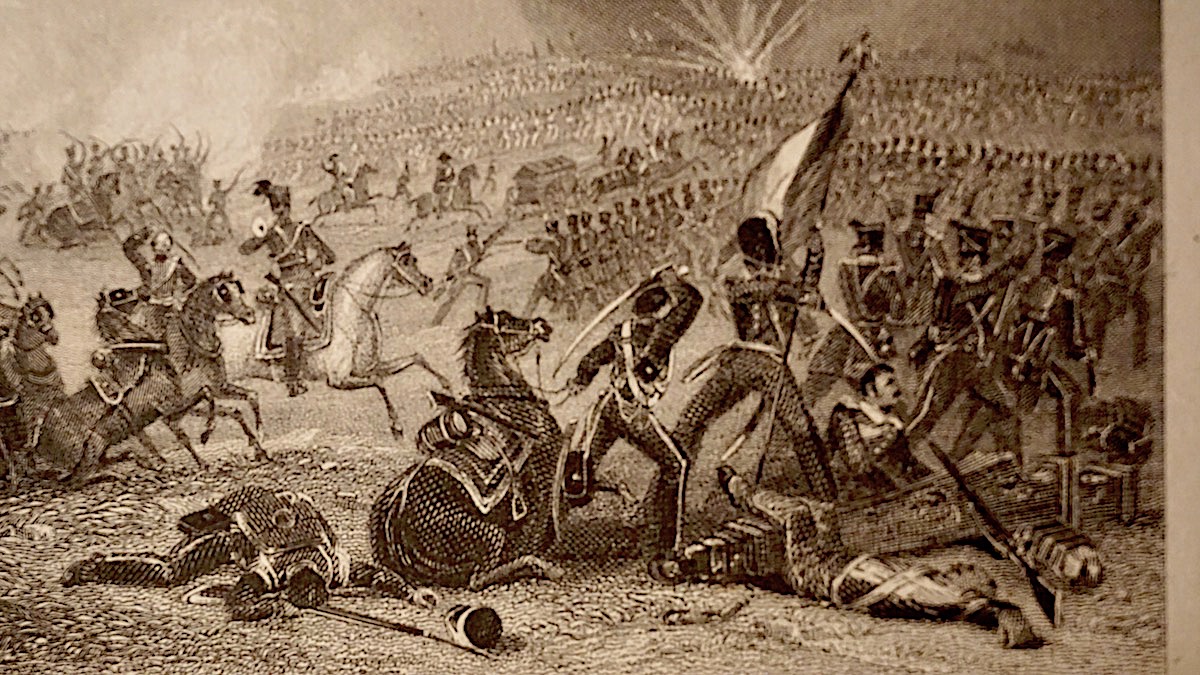 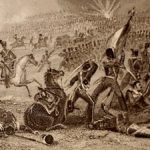 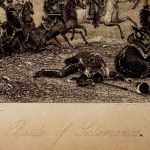 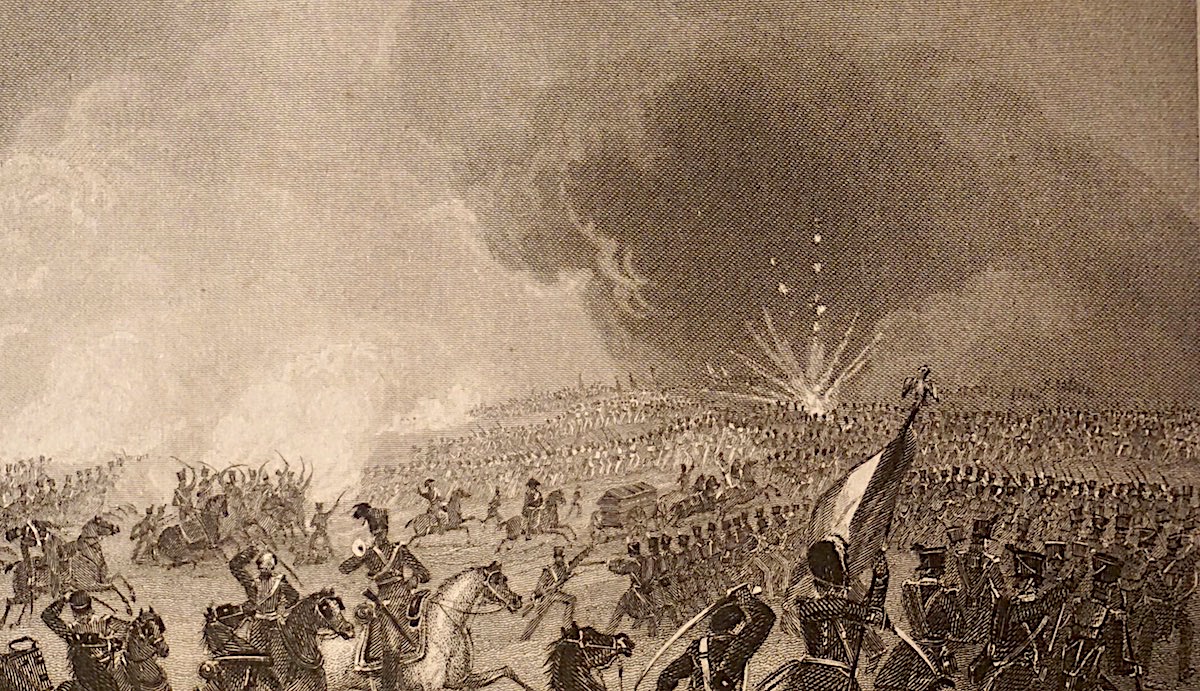 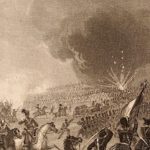 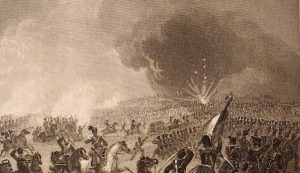 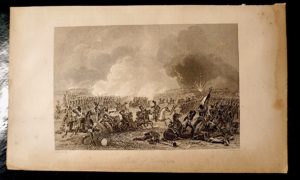 In Battle of Salamanca (in French and Spanish known as “Battle of Arapiles”) an Anglo-Portuguese army under the Duke of Wellington defeated Marshal Auguste Marmont‘s French forces among the hills around Arapiles, south of Salamanca, Spain on 22 July 1812 during the Peninsular War. A Spanish division was also present but took no part in the battle.

The battle involved a succession of flanking manoeuvres in oblique order, initiated by the British heavy cavalrybrigade and Pakenham‘s 3rd division, and continued by the cavalry and the 4th, 5th and 6th divisions. These attacks resulted in a rout of the French left wing. Both Marmont and his deputy commander, General Bonet, received shrapnel wounds in the first few minutes of firing. Confusion amongst the French command may have been decisive in creating an opportunity, which Wellington successfully seized and exploited.

General Bertrand Clausel, third in seniority, assumed command and ordered a counterattack by the French reserve toward the depleted Allied centre. The move proved partly successful but with Wellington having sent his reinforcements to the centre, the Anglo-Portuguese forces prevailed.

Allied losses numbered 3,129 British and 2,038 Portuguese dead or wounded. The Spanish troops took no part in the battle as they were positioned to block French escape routes and as such suffered just six casualties. The French suffered about 13,000 dead, wounded and captured. As a consequence of Wellington’s victory, his army was able to advance to and liberate Madrid for two months, before retreating to Portugal. The French were forced to abandon Andalusia permanently while the loss of Madrid irreparably damaged King Joseph’s pro-French government.

Be the first to review “Antique Engraving print, “Battle of Salamanca”, 1820” Cancel reply