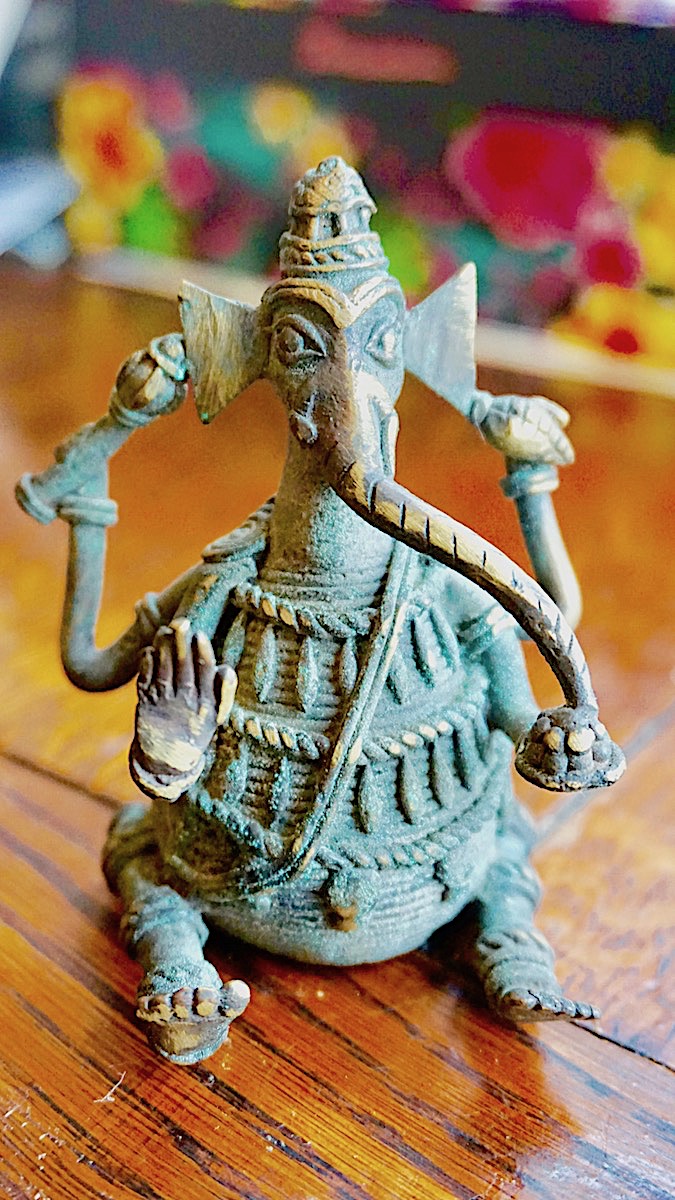 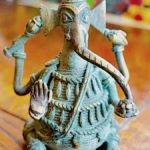 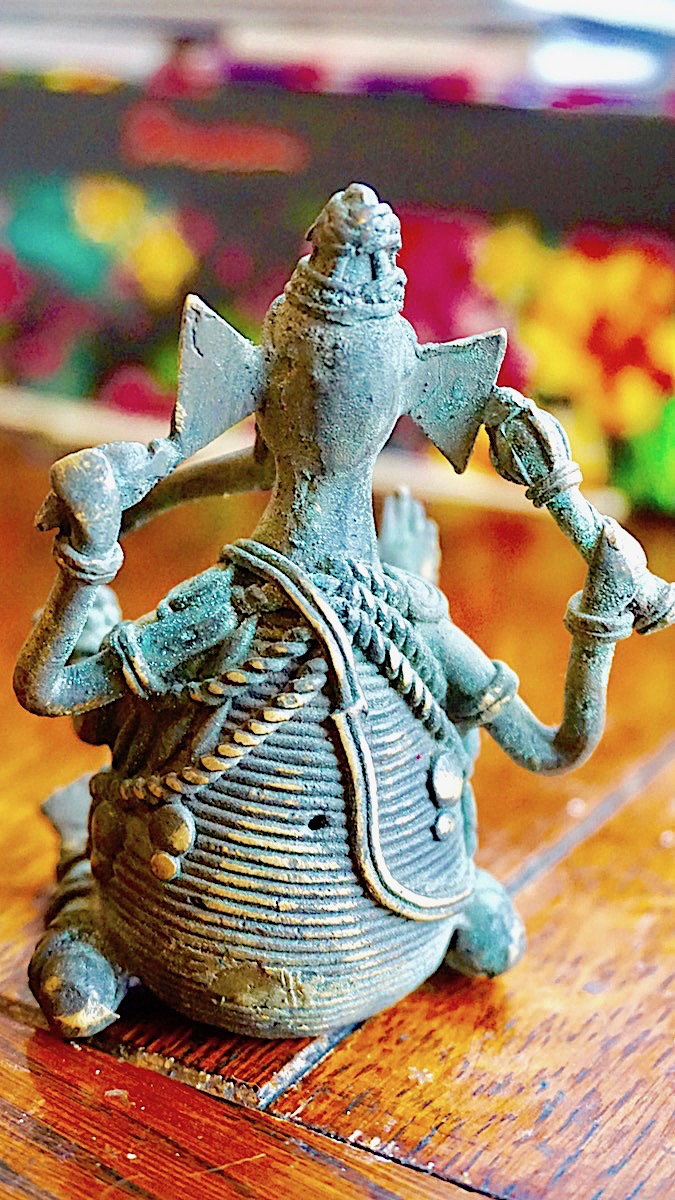 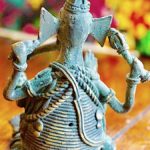 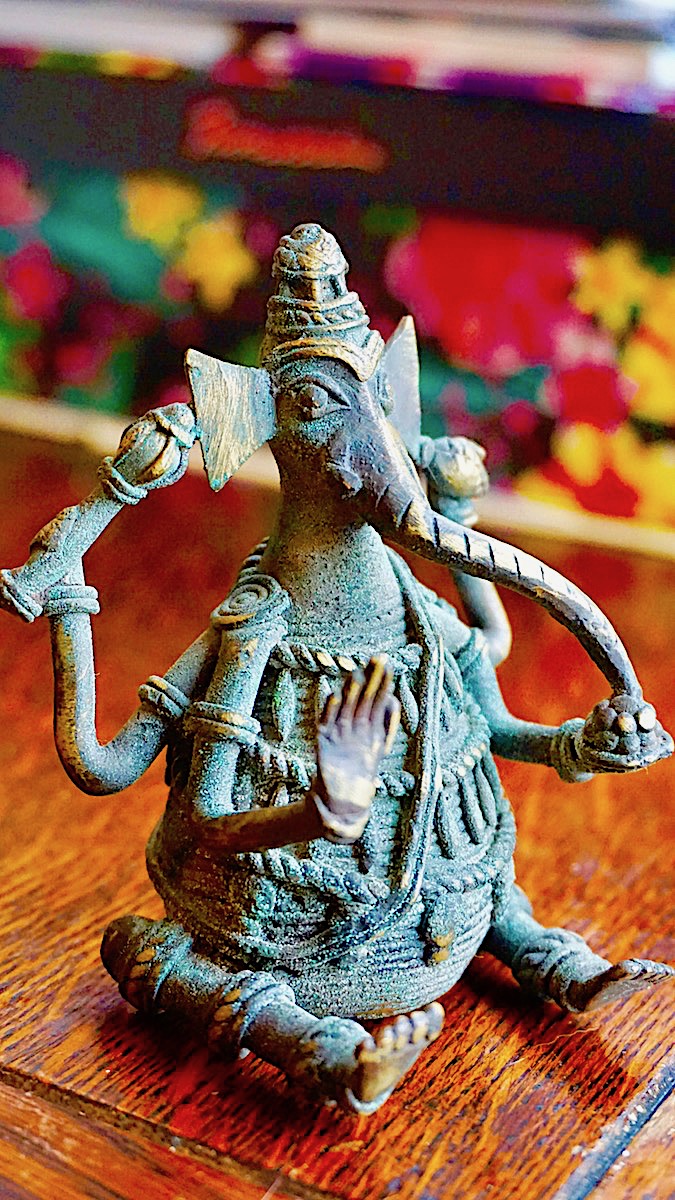 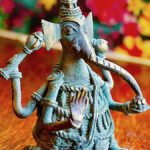 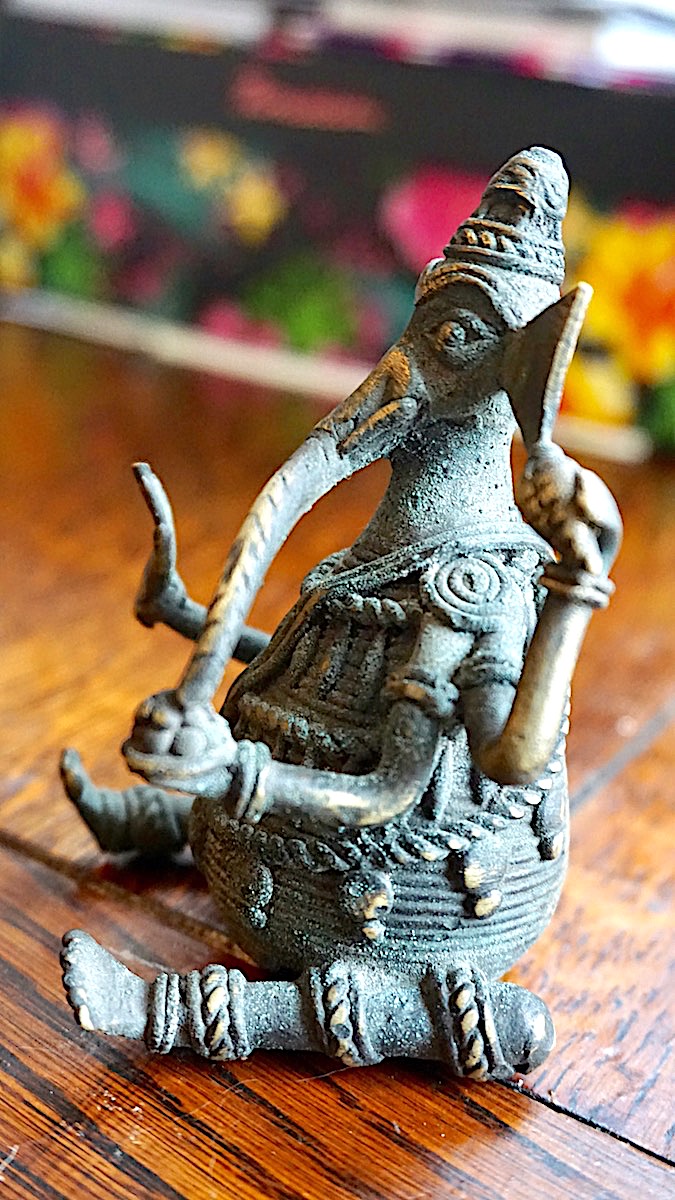 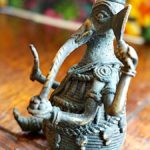 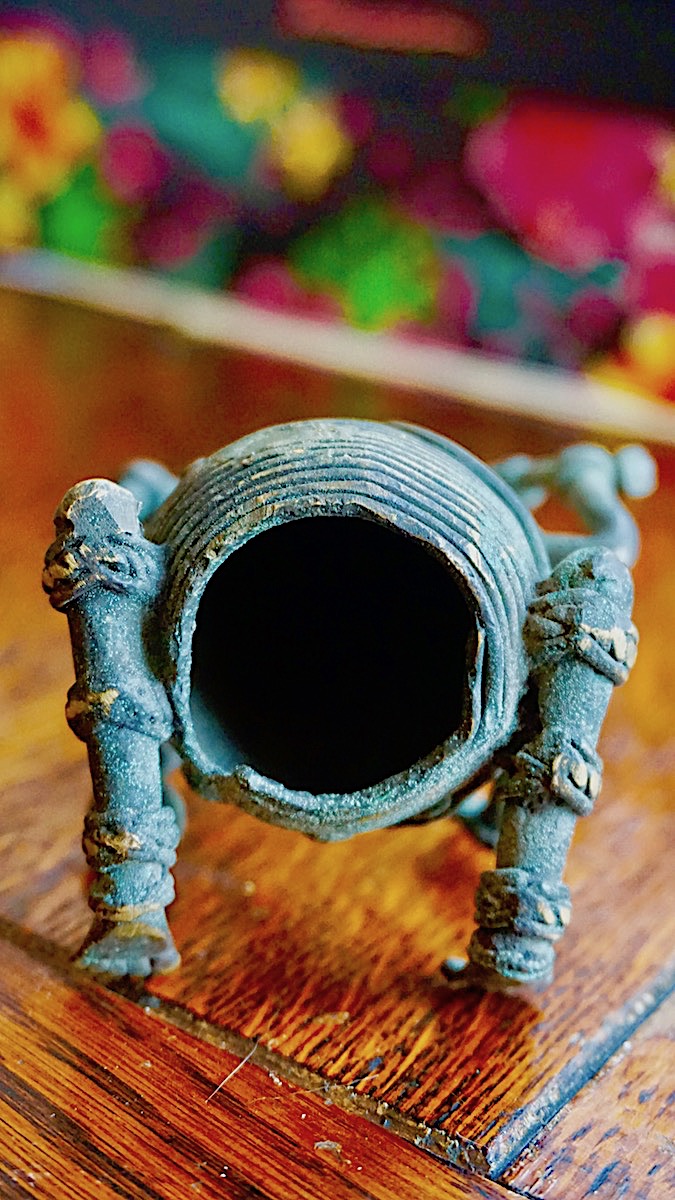 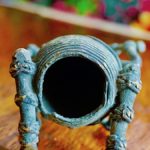 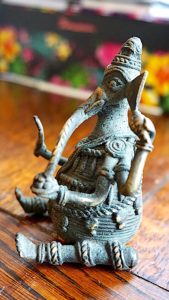 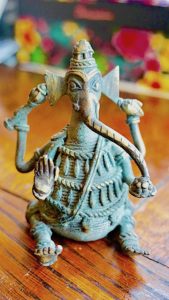 There are two main processes of lost wax casting: solid casting and hollow casting. While the former is predominant in the south of India the latter is more common in Central and Eastern India. Solid casting does not use a clay core but instead a solid piece of wax to create the mould; hollow casting is the more traditional method and uses the clay core.

The first task in the lost wax hollow casting process consists of developing a clay core which is roughly the shape of the final cast image. Next, the clay core is covered by a layer of wax composed of pure beeswax, resin from the tree Damara orientalis, and nut oil. The wax is then shaped and carved in all its finer details of design and decorations. It is then covered with layers of clay, which takes the negative form of the wax on the inside, thus becoming a mould for the metal that will be poured inside it. Drain ducts are left for the wax, which melts away when the clay is cooked. The wax is then replaced by the molten metal, often using brass scrap as basic raw material. The liquid metal poured in hardens between the core and the inner surface of the mould. The metal fills the mould and takes the same shape as the wax. The outer layer of clay is then chipped off and the metal icon is polished and finished as desired.