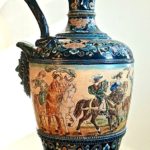 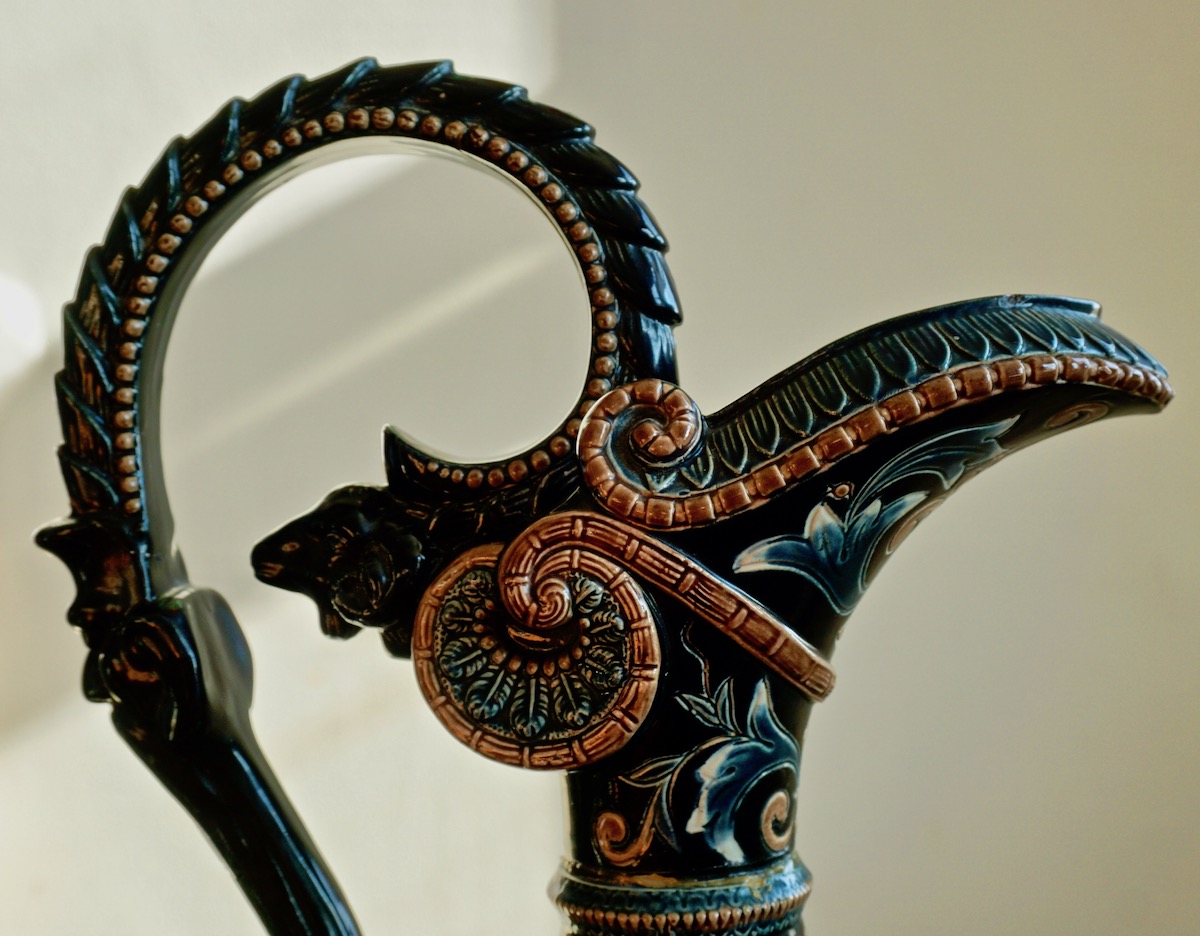 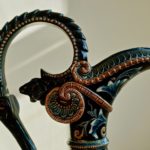 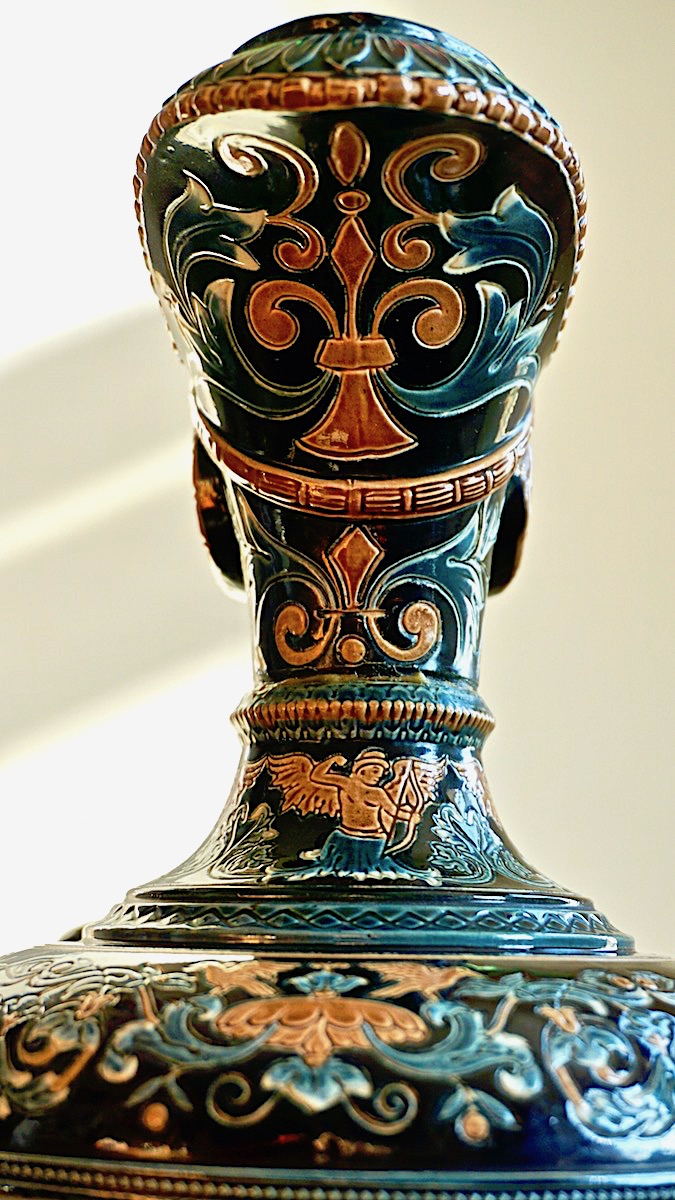 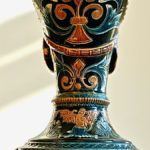 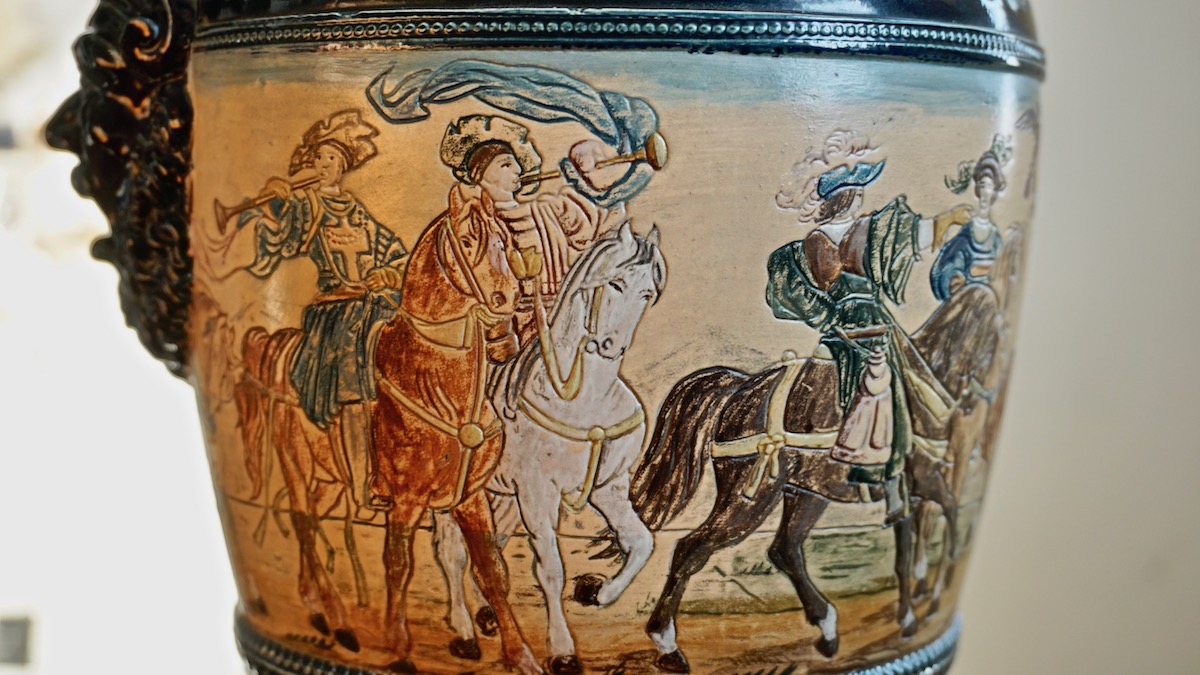 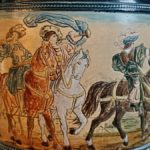 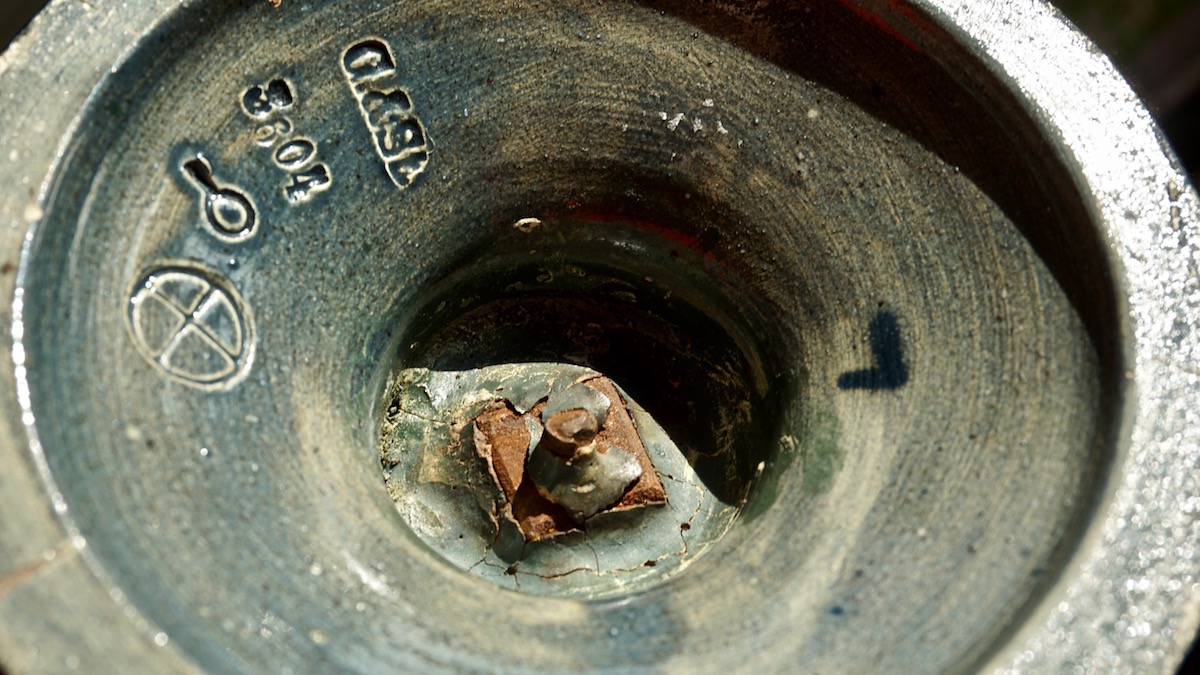 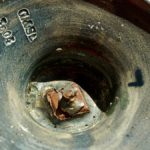 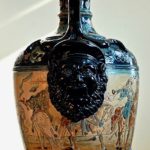 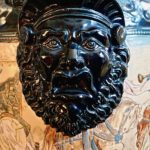 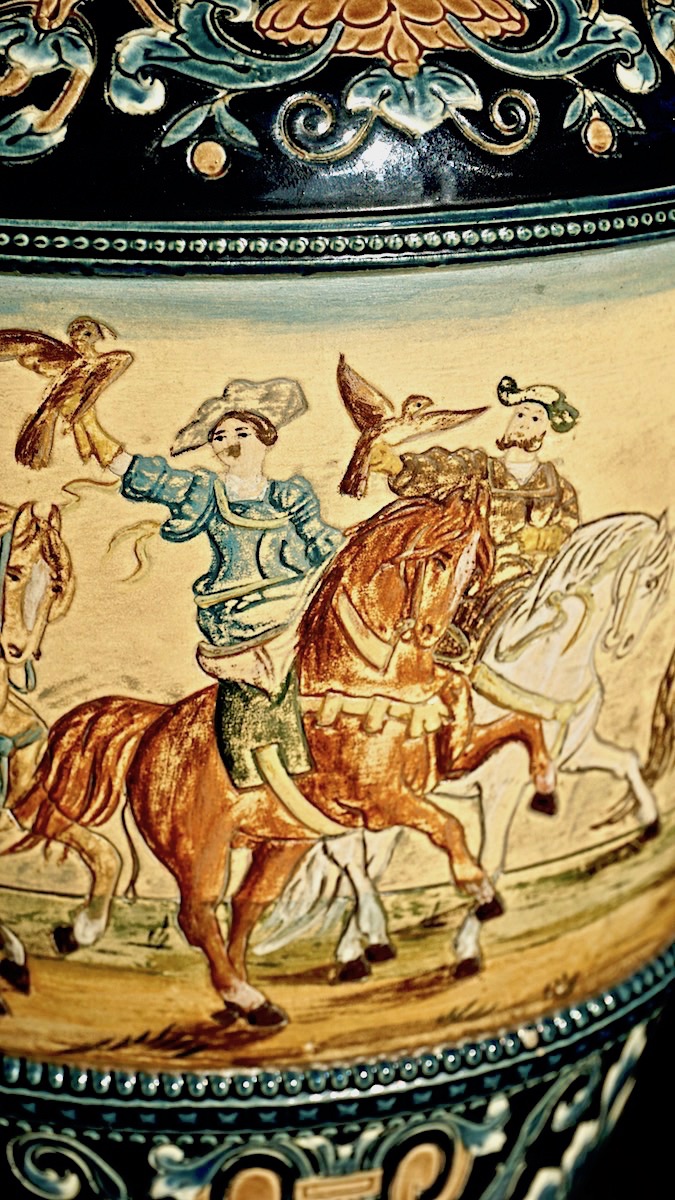 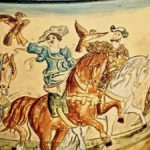 They began by producing pipe bowls for the much larger Rössler in Nixdorf, Bohemia, but the partners really focused on decorative art pottery using terracotta and majolica.

They received their first award in 1831, a bronze medal at the industrial fair in Prague, and because of their success managed to secure contracts to supply English and American companies.

In 1837, they left the industrial fair in Prague with a silver medal.

In 1845, their continued success and monies awarded due to a dispute over material supplies helped them open a factory in Nieder-Ulgersdorf.

The new Schiller & Gerbing factory was more independent, producing their own materials and much more ambitious offerings.

The same year they opened the new factory, they entered the much larger industrial fair in Vienna and won the silver medal for design.

In 1848 Friedrich Gerbing died, leaving his shares in Schiller & Gerbing to his wife, Karoline Gerbing.

Wilhelm Schiller and Karoline never got on that well, even though Karoline was to prove herself an astute business women.

They parted company sometime in 1850 and Wilhelm Schiller setup a new company at Obergrund near Tetschen.

Karoline Gerbing carried on alone but the business suffered financial difficulties because of family problems.

In 1859, Karoline was visited by a Prussian businessman, Julius Reinhold Hermann Stephan.

The brothers-in-law made a formidable team with business savvy Stephan focusing on financial matters and Friedrich Gerbing on production and design.

The company continued to prosper growing in size and importance.

In the early 1890s, Friedrich Alexander and Emil Alexander Gerbing took over the running of the company, changing only the marks used on their ceramics to ‘F&A G‘

However the rise in popularity of the Art Nouveau style caught the company unawares and their focus on the production of historical Majolica lost favour.

A lack of innovation and an inability to change quickly meant Gerbing & Stephan were unable to compete in the changing market.

In 1903, Friedrich and Emil Gerbing closed the Gerbing & Stephan factory.

In 1905, just two years later their father Friedrich Ludwig Gerbing died, he was 77.

Schiller & Gerbing and Gerbing & Stephan Marks … The Gerbing related companies always marked their products with the letter combinations ‘S.& G.‘ or ‘G.& St.‘. Some other antique makers marks include similar abbreviations but they are all by other companies that mostly existed before the Gerbing companies started.